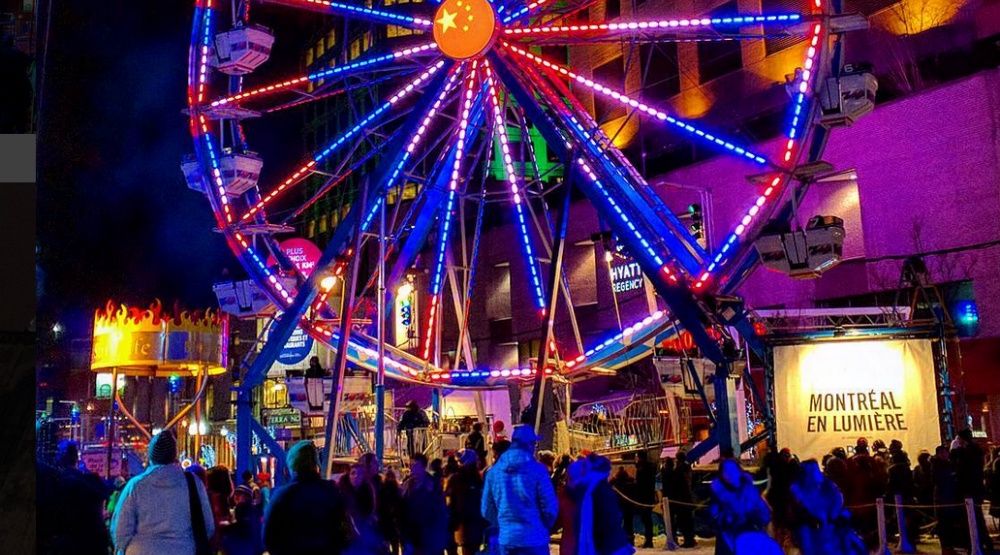 Kicking off this Thursday!

Montreal en Lumiere is at it again. The official event page has already announced over 200 activities taking place on March 4th for Nuit Blanche, as well as the massive programme of culinary and art events taking place between February 23rd and March 11th. However, they’ve also announced that they will be setting up a massive outdoor site in Quartier des Festivals that is 100% free of charge.

The festival’s free outdoor site will boast fun rides and activities for people of all ages.

We’ve already mentioned the lit-up Air France Ferris Wheel, RBC Tyrolean Zip-Line, and the Festival of Our Cheeses, but in addition to those awesome things, there is going to be an illuminated urban slide, a disco curling event, an outdoor campfire on which to roast marshmallows, as well as a slew of food trucks and pop-up restos.

There will also be several light-themed attractions such as an interpretive dance show called X-Lumina and the Bell Luminescent Experience (a major Instagram opportunity).

When: February 23-March 11 (Thursdays to Sundays)
Where: Quartier des Spectacles