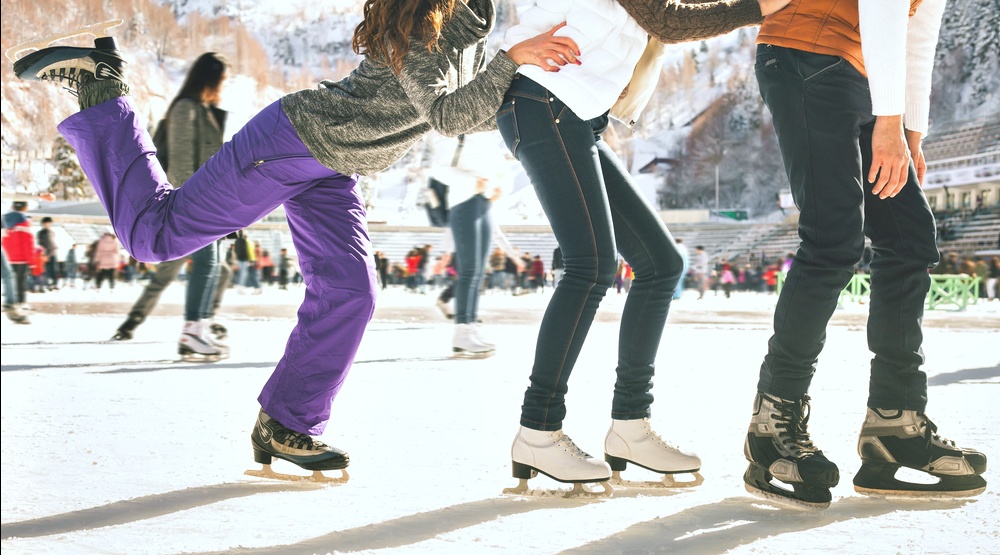 Winter may be nearly over but that doesn’t mean you shouldn’t continue staying active outdoors.

After all, warmer temperatures make outdoor activities that much more enticing!

What are you waiting for? Grab your coat and embark on an exhilarating activity during the few short weeks of winter we have left.

Check out 11 ways to stay active in Montreal this winter.

Montreal-based fitness company, POP Spirit, is hosting a series of outdoor yoga sessions this winter. Aptly titled POP Yoga Neige, classes will take place between January 7th and March 12th in Parc Lafontaine and Parc Wilfrid Laurier. All classes are free to the public and boast top-notch instructors. All you have to do is bring your own mat and dress warmly (and we mean, really warm). Happening every weekend until March 12th, classes start at 10:30 am sharp and last for roughly 40 minutes. Saturday mornings sessions will be held at Parc Lafontaine and Sunday mornings they will be held at Parc Laurier. Time to start practicing your downward dog in sub-zero temperatures!
When: Sundays between January 7 and March 12, 10:30 am
Where: Parc Laurier and Parc Lafontaine

Slide down the snow atop Mount Royal on the designated snow tubing trails near Beaver Lake, or head to Olympic Park’s Village Mammouth for the ride of your life! There are plenty of places around the city to go for a spin, from Parc Jean Drapeau to the Laval Nature Centre. Rent an inflatable inner tube or bring your own, and enjoy an afternoon of gliding down the mountain at high speeds.
When: December 17-March 6, 2017
Where: Various locations

This year, in honour of Montreal’s 375th anniversary, Fete des Neiges is bigger than ever. Their 2017 programme includes none other than an ice boat. What exactly is an ice boat, you may ask? Ice Boat is an interactive pirate ship made out of ice. The ship is pretty darn big and will be open for kids and adults to not only marvel at but to walk on top of. The description reads, “Come and meet Captain Criniere and the crew of this huge pirate ship! Young and old, get on board and slip into this majestic setting.”
When: January 14-February 5, 2017
Where: Parc Jean Drapeau

If you still haven’t been skating in Old Port, now’s the time! Not only is the weather warming up making your skating experience that much more pleasurable, but skating is a great form of exercise! Bring your own and hope on the ice or rent a pair at any one of the city’s many rinks. For more information on skating in Montreal, click here.
When: Early December 2016-Mid March, 2017
Where: Various locations

Montreal is a snowshoers paradise! Whether you want to explore the fresh snow on your own or seek the comfort of a guided tour, Montreal’s got it all. The Morgan Arboretum and Parc Maisonneuve are great places if you have your own snowshoes. Alternatively, you can rent them at Mount Royal’s Beaver Lake Pavilion and even take a nighttime “City Lights Snowshoeing Excursion.”
When: December 2016-March 2017
Where: Various locations

Get in a serious workout while enjoying the fresh outdoors. Cross country skiing is a popular activity amongst Montrealers, whether they’re heading to nearby Mount Royal or the Montreal Botanical Garden (the latter of which boasts 3 kilometers of groomed trails and serene surroundings).
When: December 20-March 15, 2017
Where: Montreal Botanical Garden, 4101 Rue Sherbrooke Est

Ever wanted to participate in a massive game of pond hockey? Well now you can. Thanks to the Classique Montrealaise, Montrealers are invited to attend a huge outdoor hockey tournament in honour of the city’s 375th anniversary. 2017 marks the very first year of this unique event. Taking place at Parc Jean Drapeau on January 28th and 29th, hundreds of hockey lovers will head to Olympic Basin for the hockey tournament of the season. Whether you’re a seasoned hockey veteran or a newbie, there will be a level for everyone! Divided into four categories: die-hard, recreational, ladies, and 50 and over, Montrealers far and wide are invited to participate in this two-day hockey extravaganza.
When: January 28-29, 2017
Where: Parc Jean Drapeau, Olympic Basin

Take a ride on the Nordik Slide

In addition to free shows, 2 extra weeks of programming, and a killer lineup, Igloofest 2017 also marks the return of the Nordik Slide. A winter tradition dating back over 100 years, Igloofest’s Nordik Slide has been wowing Montrealers for several years in a row. Presented as a contemporary update on a winter carnival classic (with an Igloofest touch), there is surely tons of fun to be had on the Nordik Slide. It will be set up in Place Jacques Cartier all festival long, meaning you have between January 12th and February 19th to check it out.
When: January 12-February 19, Thursdays to Sundays
Where: Place Jacques Cartier

Thanks to Parc Jean Drapeau’s annual Fete des Neiges, Montrealers can go on an exhilarating dog sledding adventure just 5 minutes from downtown Montreal. Happening from January 14 until February 5, 2017, Parc Jean Drapeau will be turned into a winter wonderland. The 2017 program of events includes a wide range of activities, but our personal favourite? “A dog sled ride.” Accompanied by a guide, 2 or 3 people can sit in a sled and be pulled by a team of gorgeous huskies. It appears you don’t have to trek further north for a little dog sledding fun.
When: January 14-February 7, 2017
Where: Parc Jean Drapeau

For those of you who don’t know, Parc Jean Drapeau’s annual Fete des Neiges festival is back! In addition to the typical ice skating, snow tubing, and cross country skiing adventures, this year marks the introduction of a new activity: snow archery. Try your hand, Katniss-style, at this exciting event. Described as being similar to dodgeball, this snow archery game is sure to get your blood pumping.
When: January 14-February 5, 2017
Where: Parc Jean Drapeau

Embark on a classic winter adventure: tobogganing down one of the city’s many hills. Whether you’re more of a plastic disk, magic carpet, or wooden sled kind of person, there are plenty of places to enjoy an afternoon whizzing down Montreal’s natural slopes. Mount Royal, Parc Lafontaine, and Westmount are great places to go tobogganing this winter.
When: Anytime
Where: Various locations