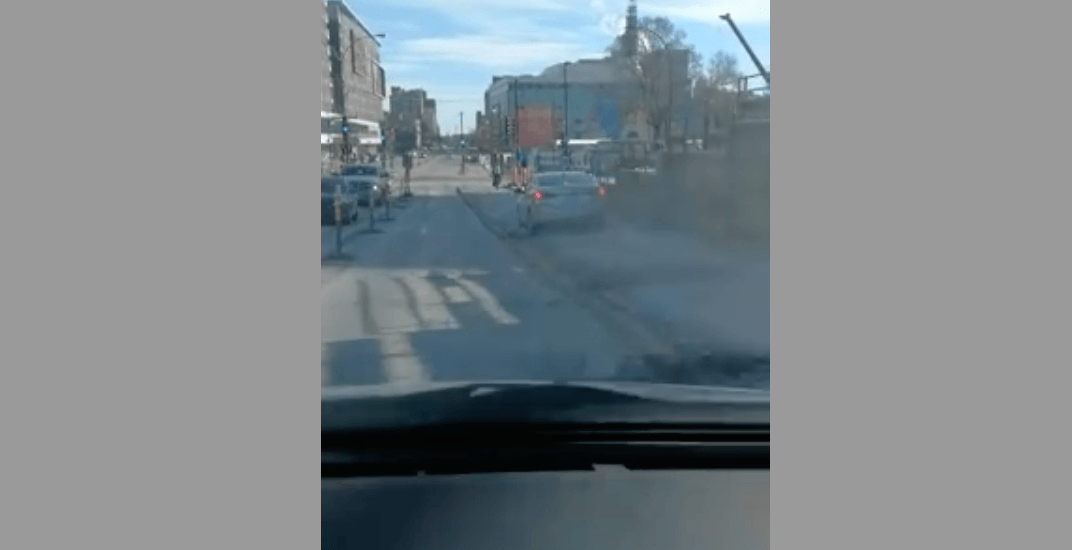 If you spend enough time on the roads in Montreal, you’ll see some bizarre things. Sometimes, drivers will even fuse the bike path for roads.

Such was the case for a careless driver who was recorded zooming down the bike path on the corner of Ontario Street in a video which was posted to Facebook this past Saturday.

Between the driver who mistook a sidewalk for the road last month, and now the bike path, there’s not much more drivers in the city can confuse for roads anymore.

We’ve done it – the trifecta.

The video was recorded and posted by Etienne Veilleux who appropriately captioned it, “only in Montreal.” Spotted: STM then re-posted the reckless driving video which has since gobbled up more than 61k views.

“You’re on the bike path, buddy,” Veilleux says in French, though no translation can capture the true essence of when a Quebecer says “mon chum.”

The video is embedded below, to a pretty sweet soundtrack and great commentary from Mr. Veilleux.

At least the driver used the blinker to merge back onto the real road.