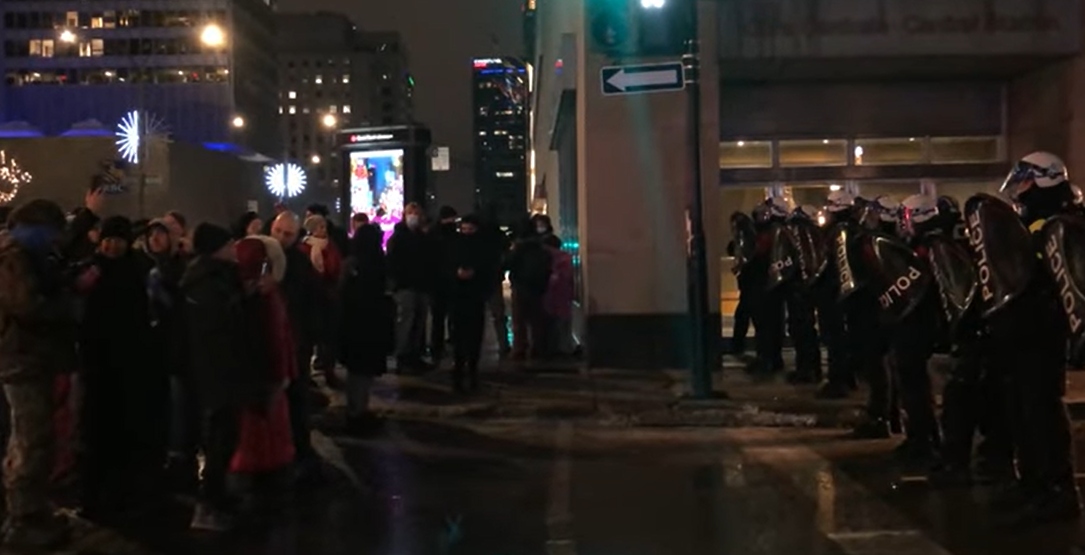 On January 1, protesters gathered outside Quebec Premier Francois Legault’s Montreal office to voice their opposition to the newly reinstated curfew.

The curfew, which prohibits citizens from leaving their homes (with minor exceptions) from 10 pm to 5 am, was announced on December 30 after Quebec reported more than 14,000 COVID-19 cases in one day.

Approximately 75 people gathered near the premier’s office on 770 Sherbrook West on Saturday night, chanting “Je suis libre!” (I am free) and “F*ck Legault!” As 10 pm neared, police presence increased, and the small crowd that marched through downtown was met by a cavalcade of squad cars and riot police uniforms.

The SPVM handed out a total of 57 fines, which ranged from $1,000 to $6,000 each. By the end of the night, one arrest was made after a protester allegedly assaulted an officer.

Legault has said that the new reinstated province-wide curfew is set to last “three weeks.”

Last January, the premier said the initial curfew would last for four weeks, but it was lifted on May 28, more than five months after it was first enforced.