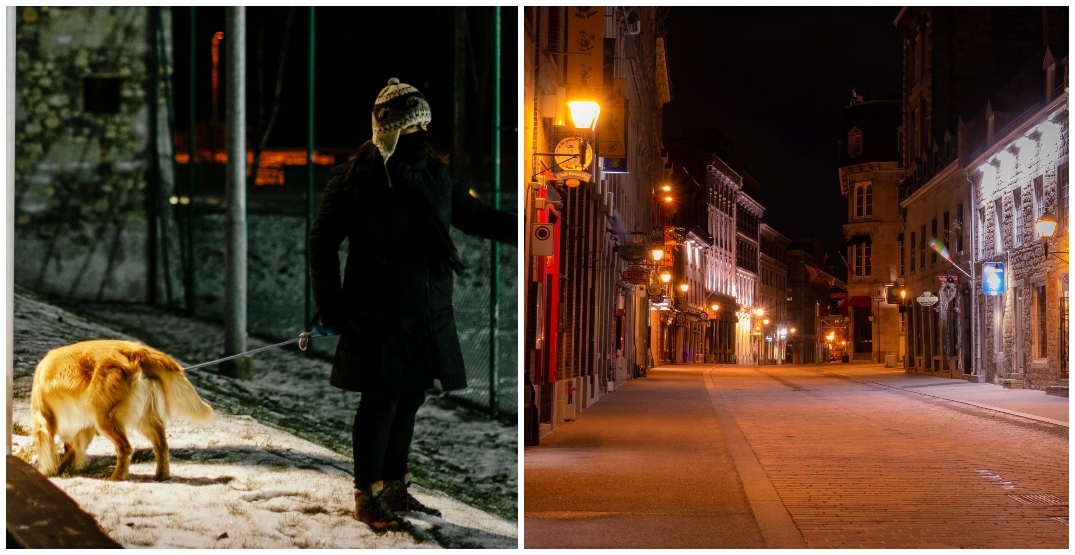 Quebec Premier Francois Legault announced on December 30 that the province would reimpose a curfew to combat the surge of the Omicron variant.

This new version of the nightly curfew, which began on New Year’s Eve, prohibits anyone from leaving their homes from 10 pm to 5 am.

The practice, expected to last “three weeks” according to Legault, comes with other restrictions as well. Similar to last January, when the first curfew was introduced, restaurant dining rooms are now closed and private indoor gatherings are now prohibited.

While those who break curfew without a good reason can face fines of $1,000 to $6,000, there are still legitimate causes for one to leave their homes between the outlawed hours.

Here are the few exceptions to Quebec’s curfew law:

While not technically permitted by law, the Quebec Government says it will soon change legislation in order to allow dog walking after 10 pm.