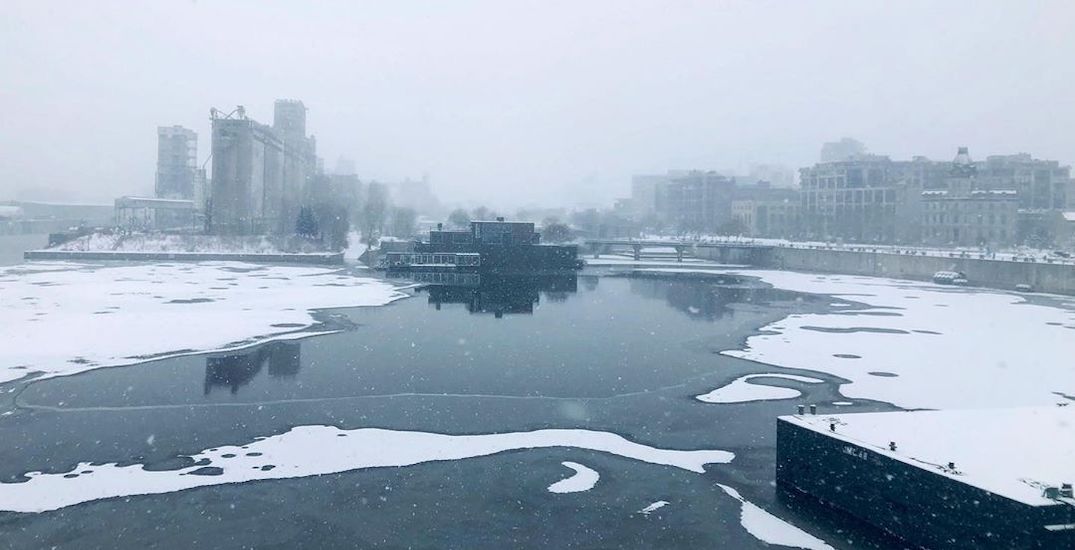 Given that we’re well into December, we should be referencing the North Pole for Christmas, not for its weather.

Instead of welcoming the jolly man’s trek from the northernmost point of Earth, we’re welcoming its temperature.

According to The Weather Network, with the wind chill, Montreal feels like a face-burning -33°C whereas the North Pole is enjoying a comfier -29°C. 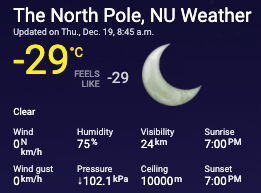 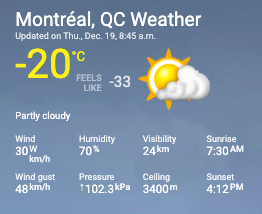 Yes, Montreal feels colder than the polar region of the globe.

Santa, you’re supposed to bring us gifts, not frostbite.

The recent snow dump and extreme cold aren’t expected to last until Santa’s arrival, however. The weather agency predicts that even while the city is currently blanketed by snow, Montreal isn’t forecasted to have a white Christmas.

Temperatures are expected to get milder this weekend and the start of next week is expected to even hover above 0ºC in Montreal. (For the record, the North Pole will feel like -33ºC next week.) 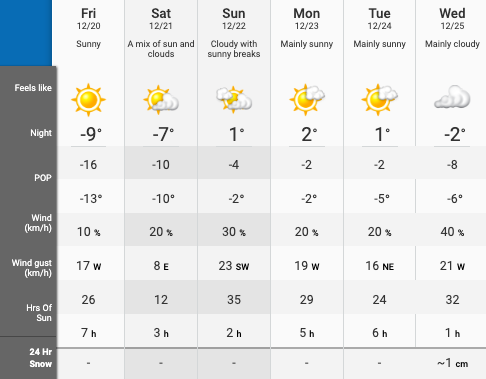 Until then, let’s continue putting our moniker of ‘The Great White North’ to good use today, as we’re besting the northernmost part of the planet’s temperatures.