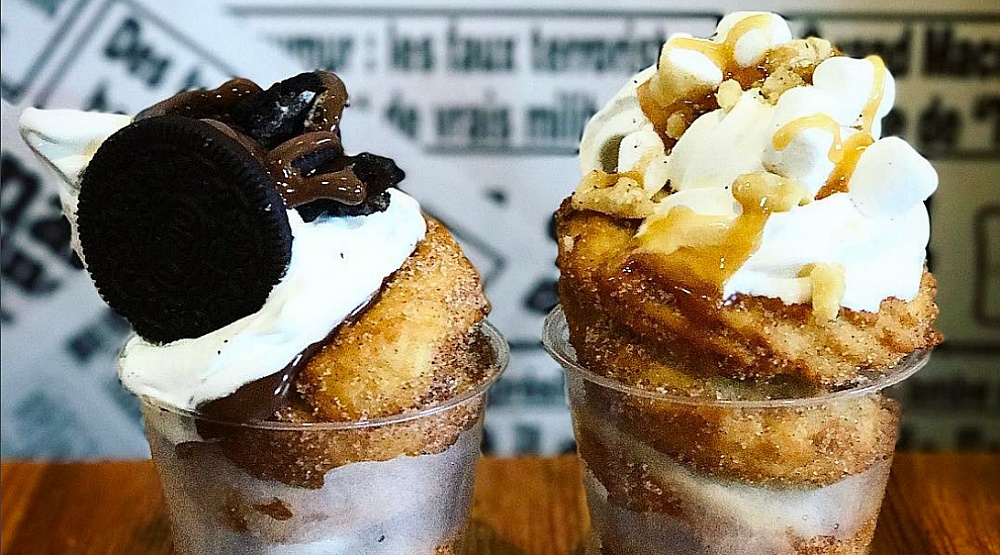 In addition to the classics like La Diperie and Kem CoBa, and the newbies such as Montreal’s newest vegan ice cream spot, there’s another joint that we think should be on your ice cream radar this summer.

It is none other than self-service eatery Le P’tit Creux du Plateau. While they serve all sorts of food (even participating in La Poutine Week 2017), their summer specialty is the Papi Churro.

The Papi Churro is a specialty ice cream dish that comes in a churro cone!

In Montreal, we’ve seen non-traditional ice cream cones (bubble waffle cone, anyone?), and ice cream sundaes with churros, but never have we seen the two combined!

Le P’tit Creux du Plateau’s Papi Churro is essentially a soft and crispy cinnamon-sugared covered churro that has been baked into the shape of a cone, and then filled with vanilla soft serve ice cream.

Once filled it is topped with the customer’s choice of toppings which include Oreos, marshmallows, caramels, gummy bears, strawberries, chocolate sauce, caramel sauce, and strawberry sauce.

In essence, it is an incredibly tasty summer treat that you should add to your dessert bucket list ASAP!

For a sneak peek, check out 8 photos of Le P’tit Creux du Plateau’s Papi Cones below.