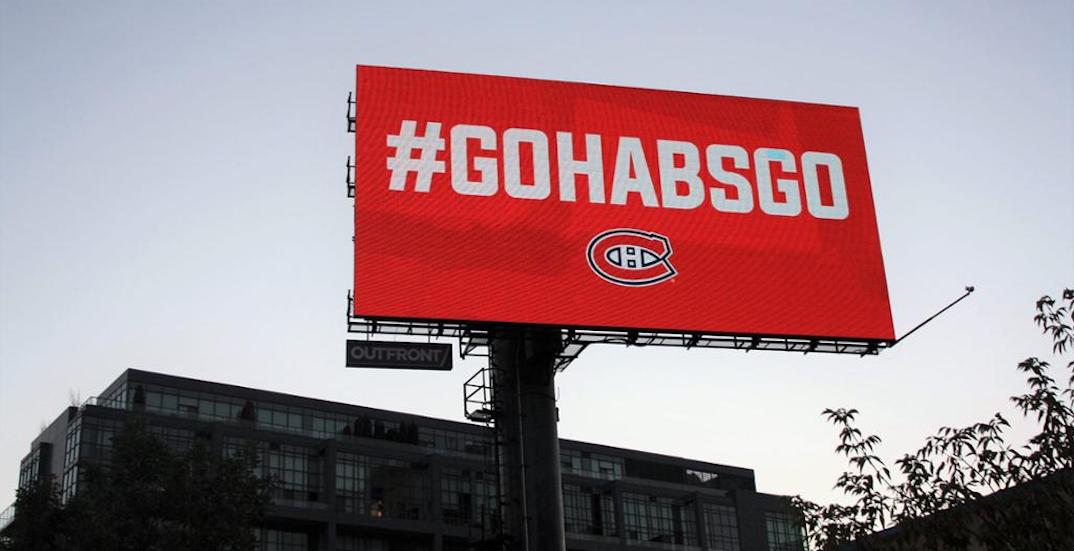 The Montreal Canadiens have already made it behind enemy lines and now, they’ve even raised their logo.

The last remaining Canadian east coast team put up a #GoHabsGo billboard, with the Canadiens’ iconic red background on the Gardiner Expressway, encouraging Torontonians to root for their rivals.

After eliminating the heavily favoured Pittsburgh Penguins last week, the Habs came up a goal short in Wednesday’s best-of-seven series opener against the Philadelphia Flyers.

The Maple Leafs, on the other hand, were eliminated by the Columbus Blue Jackets. (They also missed out on the 2020 first overall pick, but who’s counting?)

Apart from moving further than the Leafs on their home ice, the Canadiens put up a billboard and captioned it on social media with “Views,” perhaps taking a stab at the title of Drake’s Views album.

Game 2 between the Flyers and Canadiens takes place at Scotiabank Arena on Friday afternoon at 3 pm.