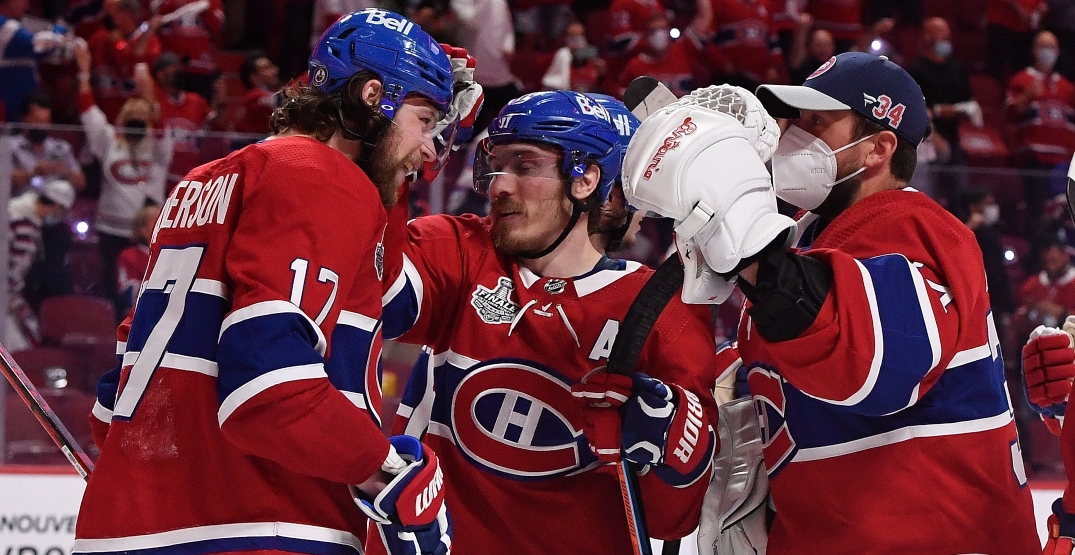 From a hot start, to a coaching change, to limping into the playoffs, to a 3-1 first-round hole, to a stunning run to the Stanley Cup Final, there’s a lot to unpack about a truly wild season that came to an end last week for the Montreal Canadiens.

What we know is that the Canadiens’ playoff success took general manager Marc Bergevin off the hot seat. Since he’ll be sticking around, it’s his job to figure out just how much he should buy into what he just saw his team do in the playoffs contrasted with what he saw from them for most of the regular season.

It should probably be noted how razor-thin the margins are here. If Cole Caufield and Nick Suzuki hadn’t been gifted a 2-on-0 by an incredibly careless pass by Toronto Maple Leafs forward Alex Galchenyuk, maybe the Habs go on to suffer a season-ending overtime loss in Game 5 of the first round instead of a miraculous run the Stanley Cup Final. Maybe the calls for big changes in Montreal would be loud right now. Frankly, it would have been hard to argue against them.

That isn’t what happened, though. Instead, the Canadiens squeezed a lot out of the lifeline they were thrown that fateful night at Scotiabank Arena. They completed a 3-1 series comeback against the top-seeded Maple Leafs. They dominated the Winnipeg Jets in a second-round sweep. Then they pulled off a six-game stunner against a Vegas Golden Knights team that led the NHL in wins in the regular season to reach the Stanley Cup Final for the first time since 1993, where the Tampa Bay Lightning ultimately proved to be too much for them.

Now the big question is: Will the Habs be doing the right thing by sticking with a group that came within three wins of a Stanley Cup, or was this a mediocre team that got hot at the right time?

It may sound like a crazy question to even ask. But the Ottawa Senators of just a few years ago are a cautionary tale. They went on a surprising playoff run in the 2016-17 season, making it all the way to overtime of Game 7 in the Eastern Conference Final. They were a goal away from knocking off a Pittsburgh Penguins team that went on to win their second straight Stanley Cup and moving on the final themselves.

The next season they had the second-worst record in the NHL. They thought they were going to be good, though. How could they not have after a playoff run like that? So, they made a big early-season trade to acquire a disgruntled Matt Duchene from the Colorado Avalanche.

Duchene never played in a playoff game for the Senators. Meanwhile, a first-round pick they gave the Avalanche in that trade ended up being fourth overall in 2019. By that time, Duchene was gone, the Sens were in a rebuild, and they sure would’ve liked to have that pick.

But there’s another team that’s a more encouraging comparison for the Canadiens: the 2011-12 Los Angeles Kings.

The Kings made it into the playoffs with the eighth seed in the Western Conference. Like the Habs, they won fewer than half of their regular season games. And then they went on an unbelievable run, going 16-4 in the playoffs to win the Stanley Cup.

But those Kings weren’t just some average team that fluked their way to a championship. Those playoffs were just their coming out party.

While the Canadiens may not have finished the job this year, they definitely have some similarities with that Kings team. If you looked a little deeper than the standings, there were indicators that were trying to tell you they had a chance to be dangerous in the playoffs.

For starters, both were outstanding possession teams. The 2011-12 Kings were the NHL’s second-worst offensive team, averaging just 2.29 goals per game, but they were the second-best possession team, taking 54.7% of shot attempts at even strength. They were hurt by the league’s worst even strength shooting percentage at 6%.

Then you look between the pipes. The Kings had Jonathan Quick in his prime, and he won the Conn Smythe after an outstanding postseason in 2012. Price, for his part, showed he was still very capable of leading a team deep into the playoffs and likely would have won the Conn Smythe if Montreal had defeated Tampa Bay.

For some reason, there are a lot of people who’ve tried to use Price’s play to diminish the Habs’ run — but Montreal need not apologize for him playing well. They’re paying him $10.5 million per season. They’re expecting him to play well. Really well. It’s part of their plan to win.

The formula for those Kings and these Habs is pretty similar. They weren’t going to try to play particularly high-scoring games. They were going to rely on strong goaltending, great penalty killing, and wearing teams down physically. The Kings were able to use that recipe for a couple more years, and it continued to work. After winning the Cup in 2012, they returned to the Western Conference Final in 2013, then won another Cup in 2014.

This isn’t to say the Habs are even a lock to make the playoffs next year. Not when they’ll be playing in an Atlantic Division that will also be home to the Lightning, Maple Leafs, Boston Bruins, and Florida Panthers. They’re likely going to have to fight tooth and nail just to get back to the postseason.

If they get there, though? They have a formula for success in the playoffs. And it’s not luck.