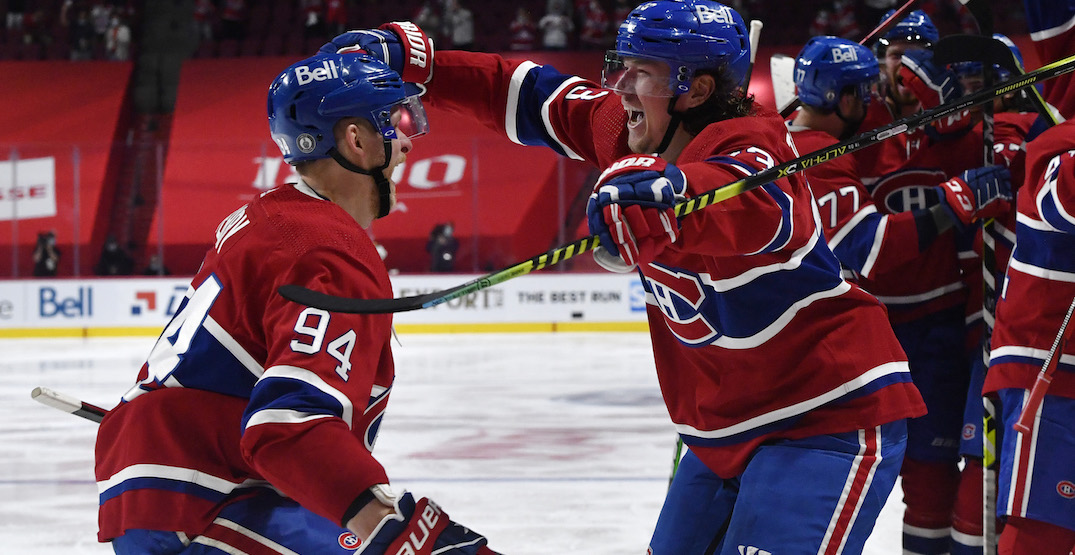 The Montreal Canadiens are the champions of the North Division. Tyler Toffoli sent the 2,500 fans at Bell Centre into a frenzy with the overtime winner to give the Canadiens a 3-2 win in Game 4 on Monday, capping off a sweep of the Winnipeg Jets and booking Montreal’s ticket to the Conference Final.

Tyler Toffoli scores the series-clinching goal in overtime. Montreal completes the sweep of the Jets. pic.twitter.com/qQd3kEWH62

The Canadiens have won seven straight games and have still not trailed at all during that stretch.

Erik Gustafsson opened the scoring for the Habs on a power play in the first period.

The Habs added to their lead with under a minute to go in the first. Artturi Lehkonen scored for the second straight game, deflecting a Brett Kulak shot past Connor Hellebuyck.

The Jets responded in the second period, though. Specifically, Logan Stanley responded. Not even two minutes into the frame, Stanley beat Carey Price with a great shot by his blocker.

What a BEAUTY from Stan!!

Not even four minutes later, Stanley struck again. In a rare instance of Price allowing a bad goal in the playoffs, Stanley beat him by his glove this time.

Aside from Hellebuyck, the rest of Winnipeg’s stars just didn’t get enough done in this series. The Canadiens were able to shut them down the same way they shut down the Toronto Maple Leafs’ top players in the first round.

Kyle Connor finished the series with one goal and two assists. Nikolaj Ehlers had just one assist. Blake Wheeler didn’t have a point. Neither did Mark Scheifele, who only played one game due to the four-game suspension he was handed for his hit on Jake Evans late in Game 1.

The Habs will face either the Colorado Avalanche or Vegas Golden Knights in the next round. That series is tied 2-2 with Game 5 going Tuesday at 9 pm ET at Ball Arena in Denver.