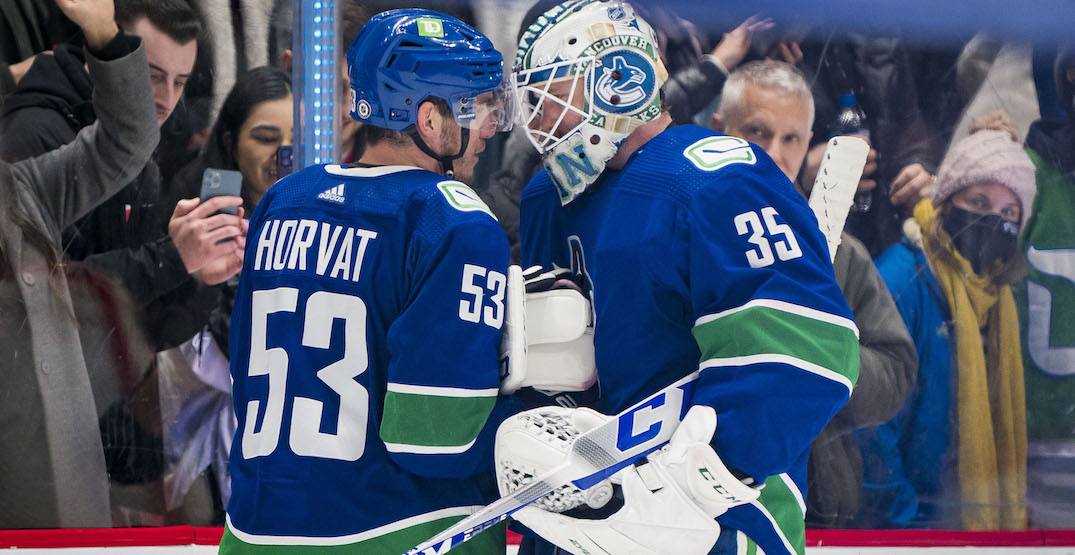 The Vancouver Canucks are on their way to San Jose.

Rather than fly to San Jose this morning, the team delayed their charter flight to this evening as they awaited additional test results.

According to Dan Murphy and Elliotte Friedman of Sportsnet, no more players have tested positive.

Hearing no positives for #canucks players. Team on way to San Jose.

No additional positive tests among Canucks players today; team is on its way to SJ

The Canucks cancelled their morning skate on Tuesday, after Juho Lammikko tested positive. That came one day after Luke Schenn returned a positive test.

By Tuesday night, Brad Hunt had tested positive. Tucker Poolman started yesterday’s game, but was removed after the team learned that he tested positive too.

There were reports earlier in the day that additional members of the team had tested positive. Presumably, those could be coaches or staff, so the news might not be all good.

The Canucks are scheduled to play the Sharks tomorrow night.