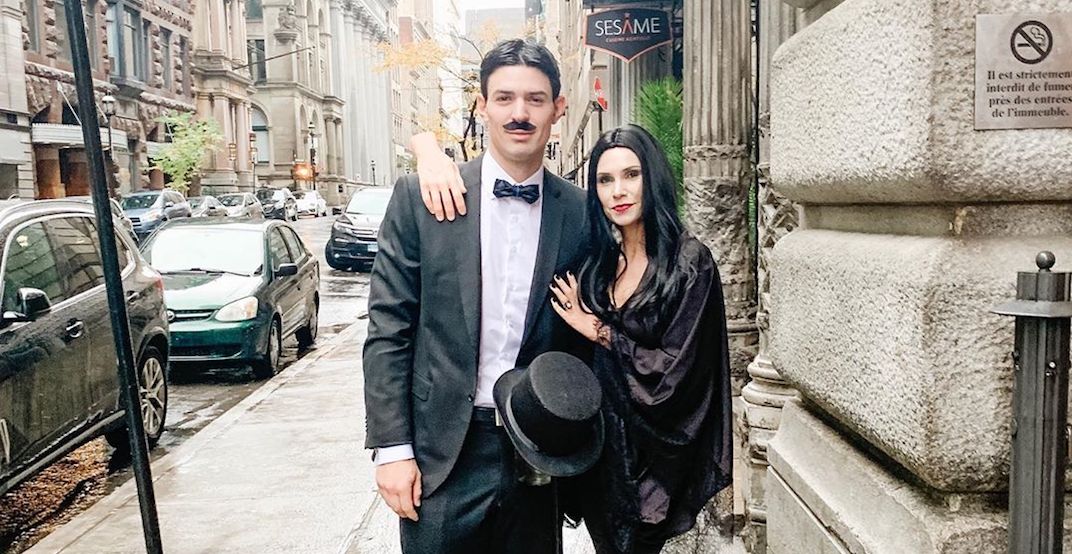 A few players on the Montreal Canadiens did more than just dress up to beat the Toronto Maple Leafs this weekend, they also swapped out their jerseys for Halloween costumes.

Halloween falling on a Thursday means you could stretch the party on either side of it, the weekend before, the weekend after, or both.

Some Habs players chose the former as they shared some impressive costumes on their respective Instagram pages.

Nick Suzuki, Joel Armia, Jesperi Kotkaniemi, Carey Price, and Victor Mete all showed off a different type of gear than we’re used to seeing them wear.

Suzuki, Armia, and Kotkaniemi were decked out in orange jumpers from the popular Spanish TV series, Money Heist (La casa de papel), using their ‘code names’ Carlyle-Pori-London in the caption, the birthplace of each player — a reference to the show.

Price’s wife, Angela, shared a picture on her page dressed as Morticia Addams next to Carey aka Gomez Addams, and their pet, the disembodied hand, Thing.

Nate Thompson and his girlfriend transformed into Beetlejuice and Lydia from the 1988 horror film classic, using the caption “Lets (sic) turn on the juice and see what shakes loose!”

The Canadiens will dress up next for back-to-back games on October 30 and 31 against the Arizona Coyotes and the Vegas Golden Knights.