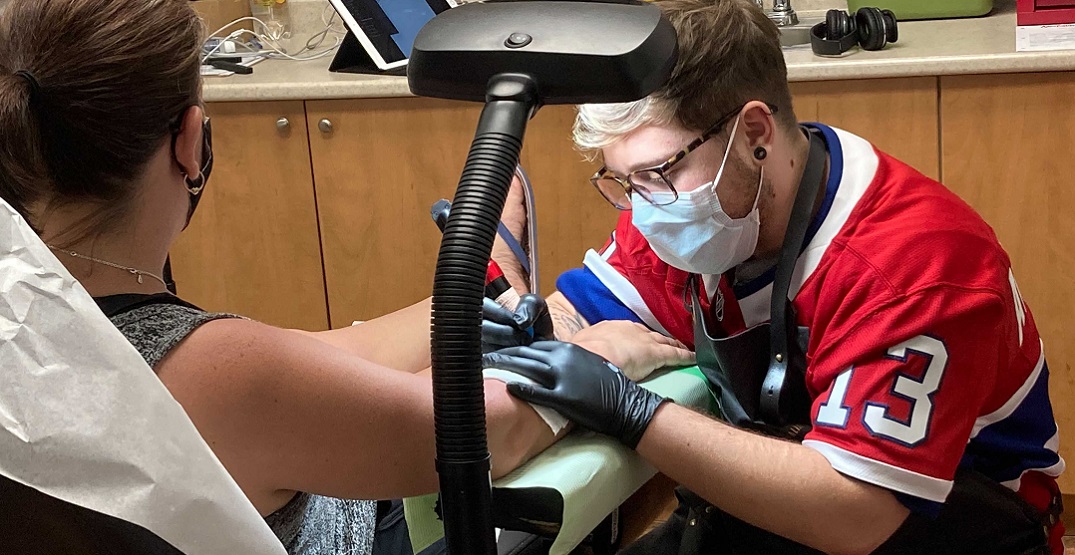 Looking for a way to stand out — forever —  as a Montreal Canadiens fan?

Sherbooke St. shop Adrénaline Montreal’s recent game day “fan jams” have been the perfect opportunity to do just that — offering free Canadiens tattoos on a first-come, first-serve basis on game days throughout the playoffs.

While the tattoos are described in the industry as a ‘flash’ due to their short availability period, it’s a bit of a misnomer.

The process is the same length as any other tattoo — and, of course, it’s permanent as well.

“The most important person’s always sitting in the chair,” Adrénaline owner Chris Sabila said to Daily Hive in an interview prior to Sunday night’s Canadiens Game 4 against the Vegas Golden Knights.

It’s clear by looking around the shop that Sabila isn’t a person who picks his words lightly.

Whether it’s Sabila making sure that every customer is properly wearing their mask, having each of his staff decked out in matching customized Canadiens jerseys or ensuring that someone’s working on each little issue that pops up, Adrénaline is an accurate name for a high-energy precision operation. 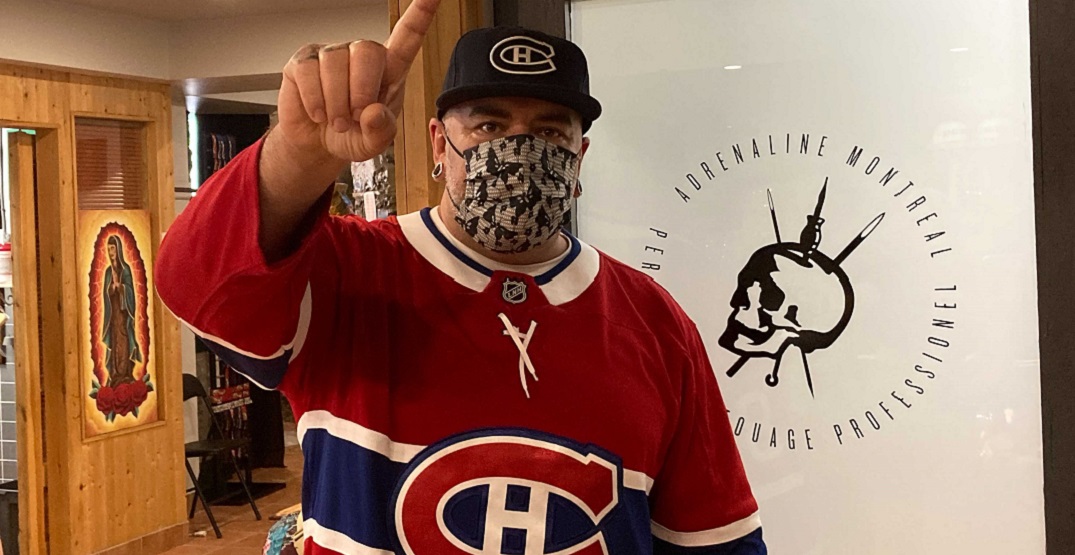 Sabila said that demand has been outweighing supply throughout the Habs’ playoff run.

“We want to be able to get to everybody in line,” he said. “But unfortunately that’s never the case.”

“It’s not a numbers game,” Bouthillier said. “It’s more like, I’ll give you the same amount of attention as I would give a paying client.”

If they’re fortunate enough to last through the line for a free tattoo, Adrénaline offers a set of about a dozen pre-selected Canadiens-inspired designs. 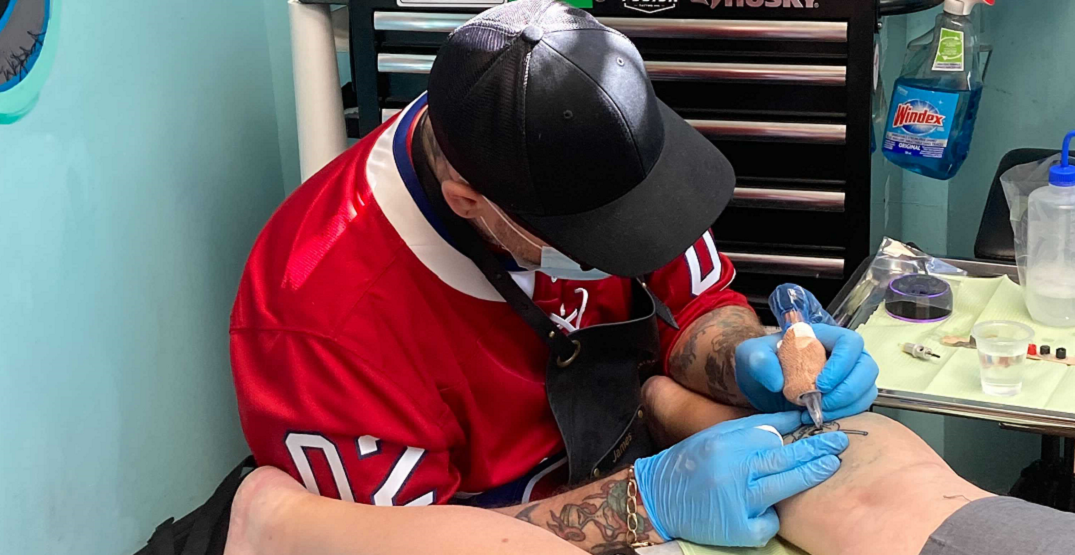 “A lot of these people have never been tattooed before,” Sabila added. “[We need to do things like] keeping them still, and making sure they take care of it.”

Fans were lining up as early as 10 am to get the tattoos, often in the sweltering Montreal heat. “Fan jam” usually comes near the end of a full day of work starting around 4 pm, with Adrénaline opening its doors to the public for about two hours to offer the complimentary body art.

Sabila, who’s been with Adrenaline since its launch in 1998, is a self-described diehard Canadiens fan.

“I was born with the CH logo on my chest,” he said.

He clarified that unlike some of his clients — he didn’t mean that literally.

“I’ll get [a Canadiens tattoo] when they win the Cup,” he said.

Sabila’s confident in the team’s ability to do just that.

Renato Borges, a student from Brazil who works part-time as an artist at the shop, says he’s felt embraced by the chance to work with a sport that’s pretty new to him since relocating to Canada in 2019.

“[In Brazil] we have a very strong culture with soccer,” Borges said. “So I really can get behind that feeling with hockey. It’s always nice to have your work on someone else’s body. This is very gratifying.”

Borges came from a graphic design background, but said it was a natural next step to start working as an actual tattoo artist after having drawn up many concepts for others over the years.

While he appreciates the individuality of most tattoos, Borges also relishes the opportunity to ink Montrealers with iconic Canadiens imagery.

“The team, the logo, becomes kind of like the same as a flag — it’s about unity,” he said. “[The clients] come here to talk about hockey. I get to learn more about hockey too, which is always fun.”