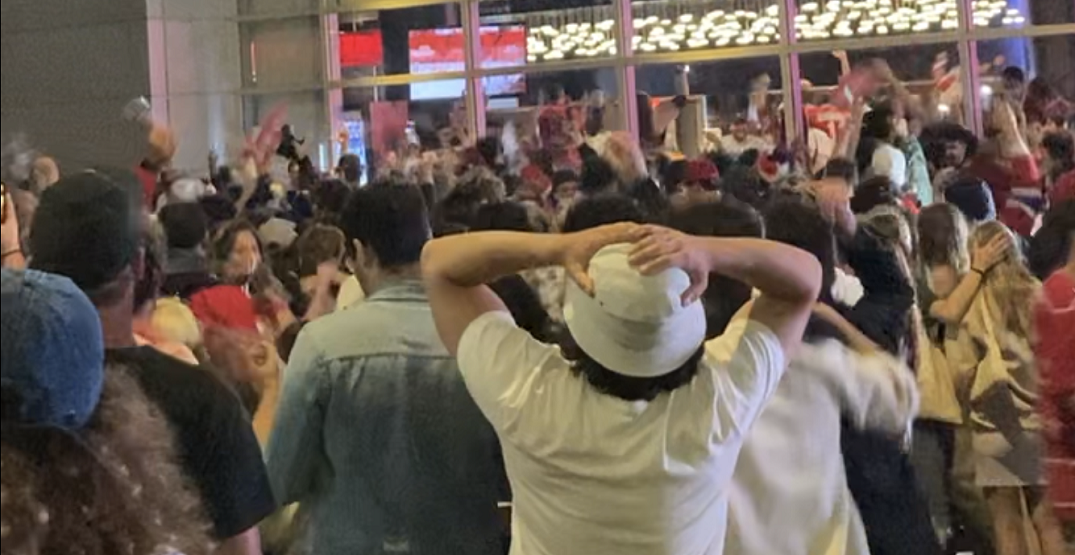 With two minutes left in the third period, the Canadiens looked like they were on pace to fall behind 2-1 in the series on home ice. They’d mustered just eight shots through the first two periods, and looked mostly overmatched against a strong Vegas side.

But a gaffe from Vegas goalie Marc-Andre Fleury gifted Habs forward Josh Anderson his first goal of the night with 1:55 left in the third period, and a rebound scored off a rush 12:53 into overtime saw Anderson become the hero once again.

Chaos ensued, as you’d expect from such an emotional win.

Fireworks, hugging, crying, and yelling was everywhere in downtown Montreal, despite the on-and-off heavy rain.

Here’s a round up of some of the best videos around the Bell Centre.

Canadiens fan lights off a FIRECRACKER in middle of the crowd following that OT win pic.twitter.com/ZUL3VhiOi7

Outside Bell Centre! #GoHabsGo What an ending! pic.twitter.com/w9i1RnmxPY

Game 4 goes at 8 pm tomorrow night at the Bell Centre, with Montreal looking to build on their 2-1 series lead.