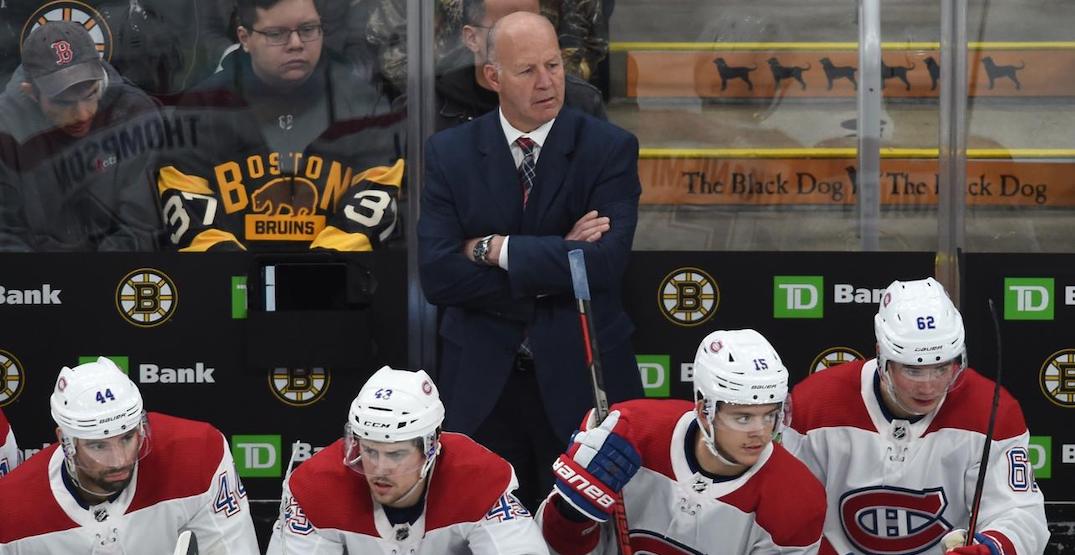 The weather isn’t the only thing that’s gone cold in Montreal lately.

Following Sunday night’s loss in Boston at the hands of the pesky rival Bruins, the Montreal Canadiens’ extended their unenviable losing streak to eight consecutive games.

For the second straight game, the Habs grabbed an early lead courtesy of Joel Armia and after the first period, the Canadiens were outshooting the Bruins 11-10.

A scoreless second on both ends started off the third in favour of the Canadiens before sniper David Pastrnak netted his NHL-leading 25th goal to tie it all up. Veteran forward David Backes potted a goal to give the Bruins a 2-1 lead before Jake DeBrusk put the game away with just over six minutes left. 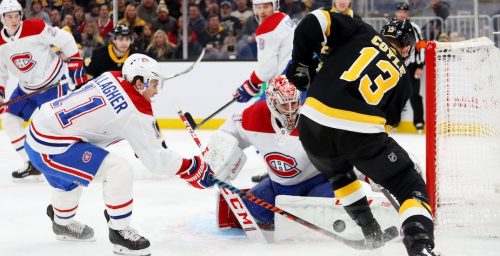 Habs fans, perhaps growing tired of yelling at their TV sets, took to Twitter in the wake of their team’s latest loss to express their collective frustration with the team.

The hashtag #firebergevin was trending on Canadian Twitter on Sunday night and into Monday morning demanding change in the form of general manager Marc Bergevin, who’s held the position since 2012.

Here are some reactions from Canadiens fans, asking the team to fire their GM.

And for the record, the Canadiens worst losing streak of all time is 12, suffered during the 1926 season. Here’s hoping the Canadiens steer away from that piece of history as the Habs host the New York Islanders tomorrow night at the Bell Centre.

Time for @GMolsonCHC to wake up and #FireBergevin worst mistake this team ever made!! Over glorified pompous incompetent clown!! pic.twitter.com/ZONRQcgsOe

@GMolsonCHC #firebergevin we have a garbage GM that has destroyed this team over 8 years. When will you open your eyes and fire the idiot?!

The heat is on after 8 straight losses!! 🔥🔥 #GoHabsGo #firebergevin (trending) pic.twitter.com/h5rsrQz1WO

The Habs are complete trash. #FireBergevin

Time for @GMolsonCHC to wake up and #FireBergevin worst mistake this team ever made!!

I’m a Leaf fan so no one here’s gonna listen to ME, lol, but you guys really should #firebergevin pic.twitter.com/dl0JToldYA

#FireBergevin Way to go Bergevin , hide in Russia while the habs are struggling hardcore. What a clown ass team

Please its enough already its been enough for 7 years

@GMolsonCHC hire Patrick Roy as president of the club. Atleast we know he’d be as pissed off with losing as we are. Not only would he have the balls to #FireBergevin, he’d probably kick his ass and throw him out of the building pic.twitter.com/ws2I7ZiWo9