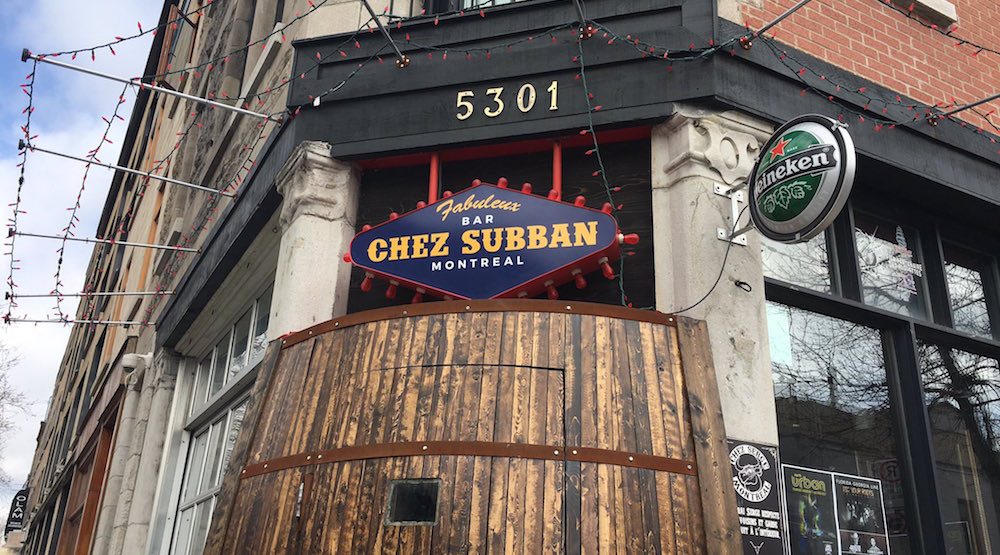 With the Montreal Canadiens eliminated from the Stanley Cup Playoffs, now is traditionally the time to jump on another team’s bandwagon.

But one St Laurent Blvd business owner is taking it to another level.

Paulo Branco, who owns Chez Serge, is giving his establishment a makeover until PK Subban and the Nashville Predators’ playoff run ends.

The bar changed its name to Chez Subban on Thursday, and they put a new sign out front to prove it.

“It’s pretty cool… I’ll have to stop by for lunch when I get there this summer,” Subban said with a big smile.

Wonder if he’ll ride the mechanical bull, too?

Subban was an insanely popular player while with the Habs, and his popularity hasn’t taken much of a hit (if at all) since the controversial trade that sent him to Nashville last summer.

The Preds are finding their form at precisely the right time, surprising everyone with a series sweep of the Chicago Blackhawks in Round 1. They still haven’t lost a game in the postseason, taking Game 1 off the Blues in the second round.

Life is good for Subban, who is now fully healthy after missing 16 games during the regular season. He scored three points on Wednesday, then asked Pierre McGuire – a man he once kissed on live television – what his secret was for looking so good.

PK then spent his off-day hanging out with the Toronto Blue Jays.

PK and the Preds will play Game 2 on Friday night, and you can take a guess what Chez Subban‘s TVs will be turned to.