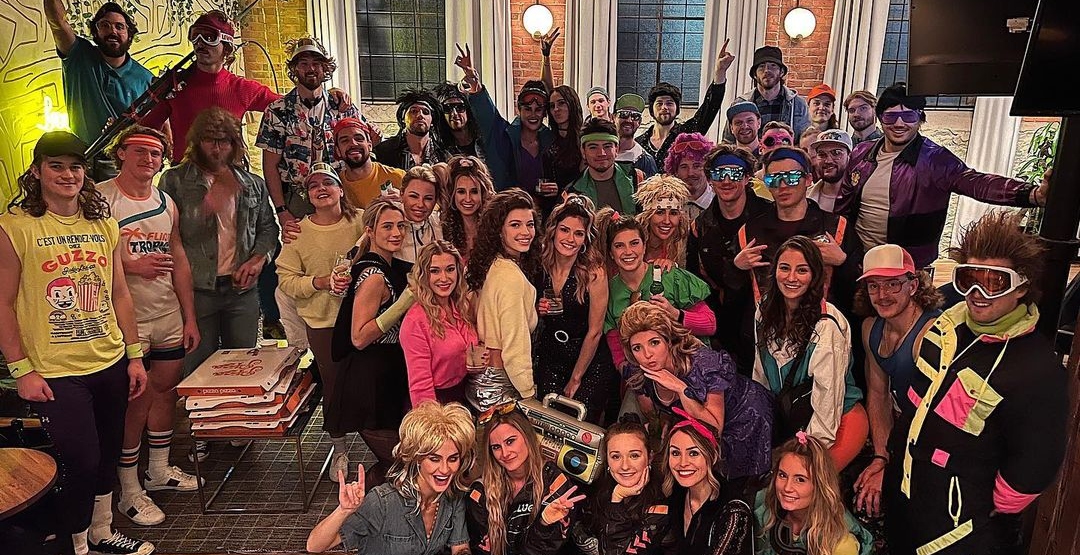 And it was, in one word, radical.

From over-the-top mullets to neon colours, everyone seemed to commit heavily to the theme. Defenceman Joel Edmundson (seen top left) even brought an entire ski outfit, with real skis for good measure.

Tyler Toffoli’s wife Cat also shared a snippet of the party that included her husband, Nick Suzuki, and Jake Evans in matching jackets with boomboxes.

While the team’s on-ice record of 3-10-0 to start the season has been tough for players and fans to swallow, it’s nice to see them bonding as a team.

Hopefully, some of that nostalgic magic rubs off on them, and they start playing like Montreal’s 1986 Stanley Cup-winning squad.