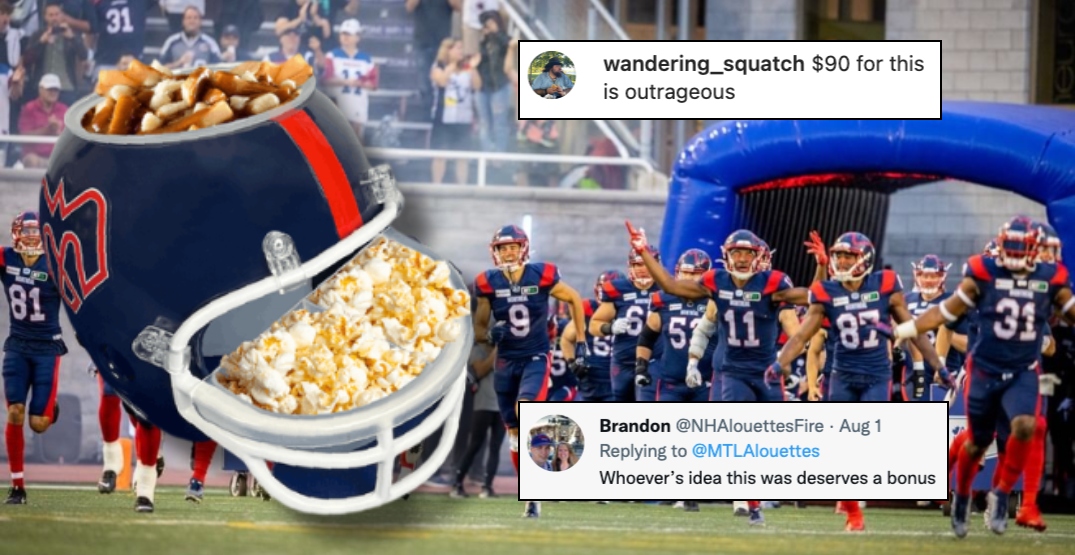 Some marketing ideas are genius and some are horrible. Sometimes, designs toe the slab and land somewhere right in the middle. We’ll let you decide where the Montreal Alouettes’ $90 poutine-in-a-helmet promotion lands.

On Monday, the city’s CFL team announced it has launched the brand new poutine promo, “l’Alouette” — a football helmet that fans can bring home, also doubling as a serving plate.

When served at the game, the $90 helmet/plate will be stuffed with four poutines, totalling more than two and a half pounds.

The Als say its “l’Alouette” poutine is a “special recipe,” made from red potatoes, cheese curds, pork lard, fried onions, a signature maple and Amaretto sauce, and pulled pork.

The caged part of the helmet will also be packed with caramel popcorn.

The new ALOUETTE poutine that will be served in a football helmet will be waiting for you on Thursday night at the stadium 🤤 Split it with your friends, your family, or try eating it all yourself 💪 More info → https://t.co/TY7aG2HUn4 pic.twitter.com/fPyV7clN8K

So you’re getting a massive poutine, popcorn, and a replica football helmet. The Alouettes “strongly recommend” ordering the item in the company of friends, family members, and even seat neighbours.

The CFL team says quantities are limited and anyone leaving the stadium with the helmet will need to order the “l’Alouette” poutine. Essentially, if you want the helmet, you need the grub.

Since being shared across its social channels, football fans and foodies on Twitter and Instagram are torn about the poutine promo. Some CFL fans are comparing prices from their stadiums, lobbying that $90 for such a big meal is a good deal.

Others are saying $90 for a replica CFL helmet alone is a sound price, even tagging the NFL to implement similar promotional items.

Some people think the deal is a gimmick and even “the dumbest thing ever.”

The debate is urging on. What do you think — yay or nay?

It holds 1.2 kgs of poutine, popcorn and you get to keep the novelty item. No miss there. People say on eBay NFL versions go for 45 USD with no food. Your mainly paying for the helmet not the food. Totally worth it for a fan

Ya the helmet is very cool. Would be a great serving dish at home

Whoever’s idea this was deserves a bonus

It simply can’t get better than this

You can eat it and barf on your way home.

Jokes aside, pretty interesting marketing ploy. Most expensive poutine I’ve ever EVER seen, but interesting nonetheless. 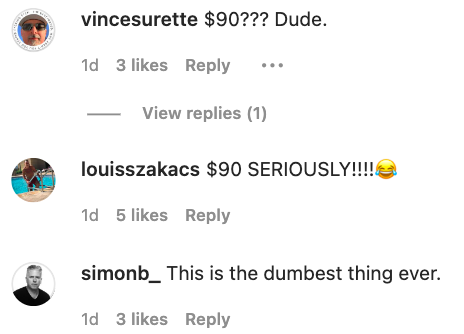