The Montreal Alouettes have been teasing their new look for next season for a while, and now it appears that their new logo has been leaked.

The Alouettes featured a number of jerseys from their diverse history this season, and recently gave this sneak peek at next year’s uniforms:

Some digging from Chris Creamer, who is an expert on all things jersey and logo related at SportsLogos.net, revealed this as the likely new logo of the team:

The CFL's Montreal Alouettes are getting a whole new look in 2019 and thanks to a series of trademark registrations by the team we've gotten ourselves a good idea of what to expect.

The logo, which features a bird in flight making an M for Montreal, was trademarked in July according to Creamer. 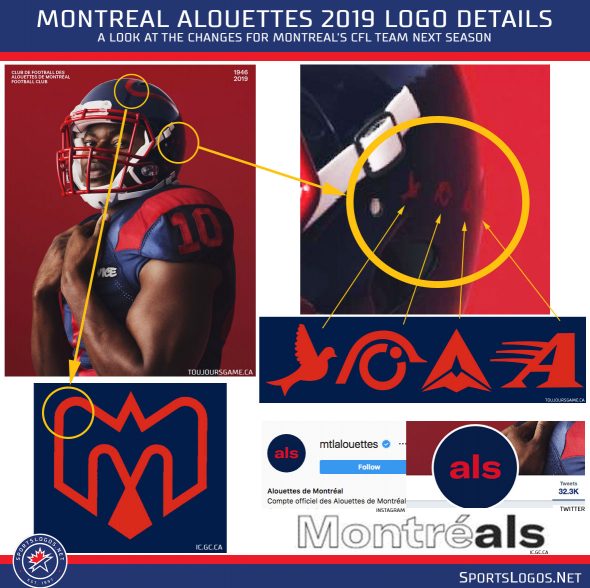 The Alouettes will hope looking good in their uniforms will help them perform better on the football field. Montreal finished the season with a 5-13 record, better only than the 4-14 Toronto Argonauts in the CFL.