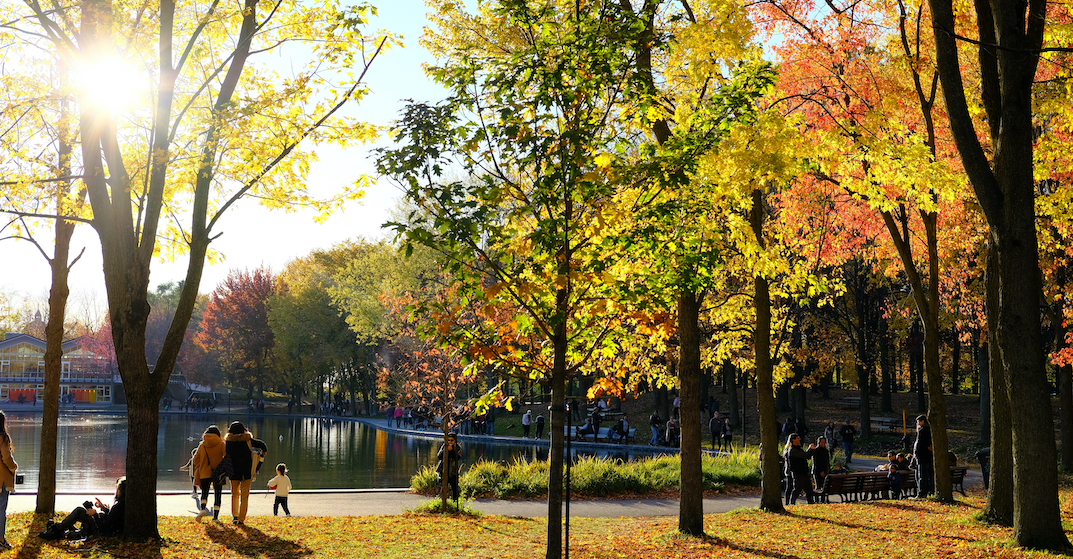 Some Montrealers may have awoken to a bit of snow-covered ground on Monday, but brighter days are ahead.

According to The Weather Network’s week-long forecast, temperatures are expected to reach the near 20s for five consecutive days, beginning on Thursday.

Considering it currently feels like -7ºC in Montreal, a few days of double-digit weather will be a welcomed addition.

Temperatures are expected to be 15ºC on Thursday, Friday, Sunday, and next Monday, with a 14ºC day wedged in between.

Temperatures will rise early on in the week, climbing from a “feels like” of -3ºC on Tuesday to 15ºC next Monday.

Thursday and Sunday are forecasted to bring six and eight hours of sunshine, so plan outdoor retreats accordingly. 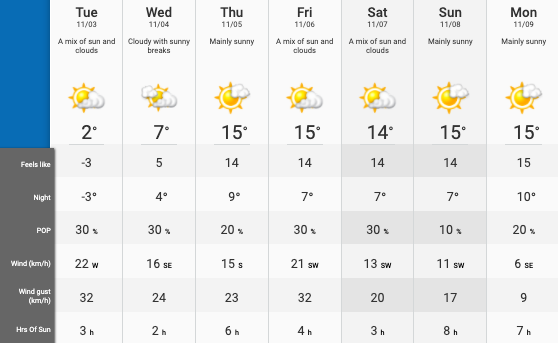 According to The Weather Network, Quebec is expected to have “extended periods of nice fall weather” during the autumn months, as above-seasonal temperatures are expected to dominate.

”While a couple tastes of early winter can still be expected during the season, November is expected to be much milder than last year when winter-like weather dominated the month,” said TWN.

With winter around the corner, the weather agency says the weather pattern ‘”La Niña” is “playing a key role in Canada’s winter,” with weather in the southeast expected to be “above normal” winter warmth.