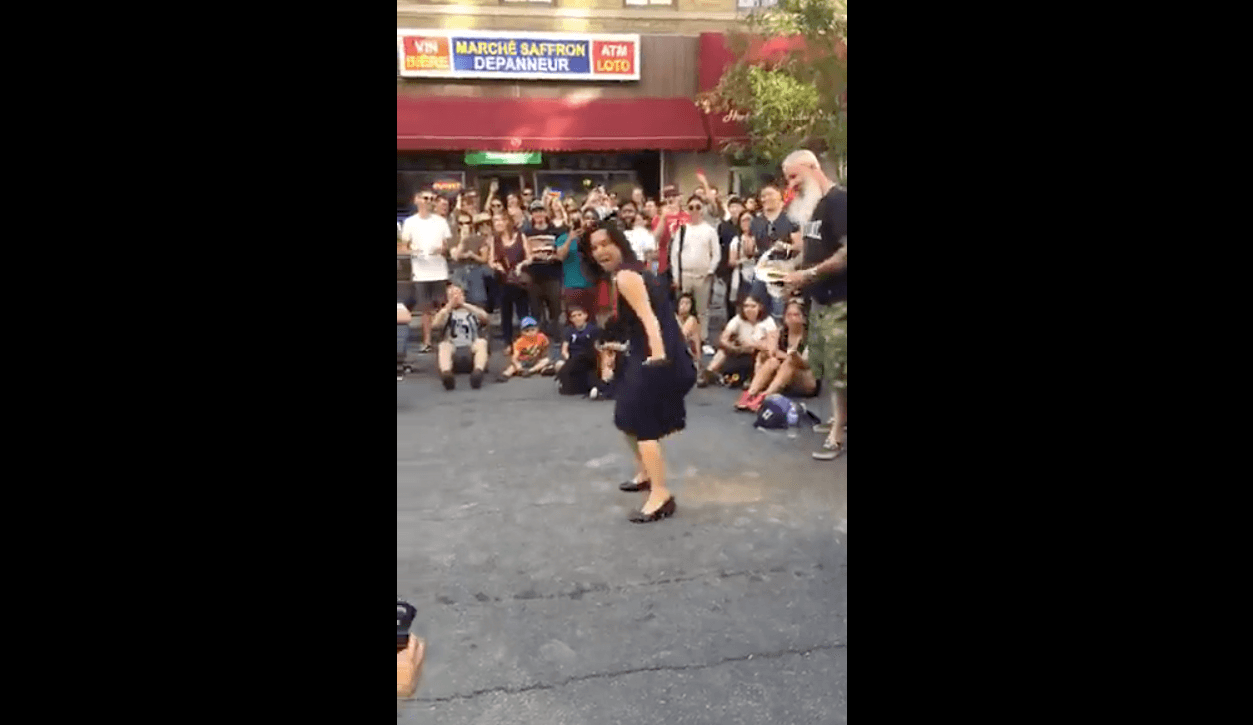 When an already grooving mob of people urge you to dance, it’s a faux-pas to decline moving your own feet. Especially when you’re Valérie Plante, the mayor of a major metropolitan city.

While visiting the Under Pressure – International Graffiti Convention, Montreal’s mayor was at first a tad reluctant to join the party but once she, well, planted her first move, she did pretty well.

In a video posted to the Under Pressure Facebook page, a street-side dance competition breaks out and the emcee eventually calls out Plante, an innocent bystander, to join in.

It took the mayor some convincing, but she came through:

With the crowd cheering, the music booming, and the cameras rolling, Plante boogied down and earned some extra brownie points from the Montreal faithful.