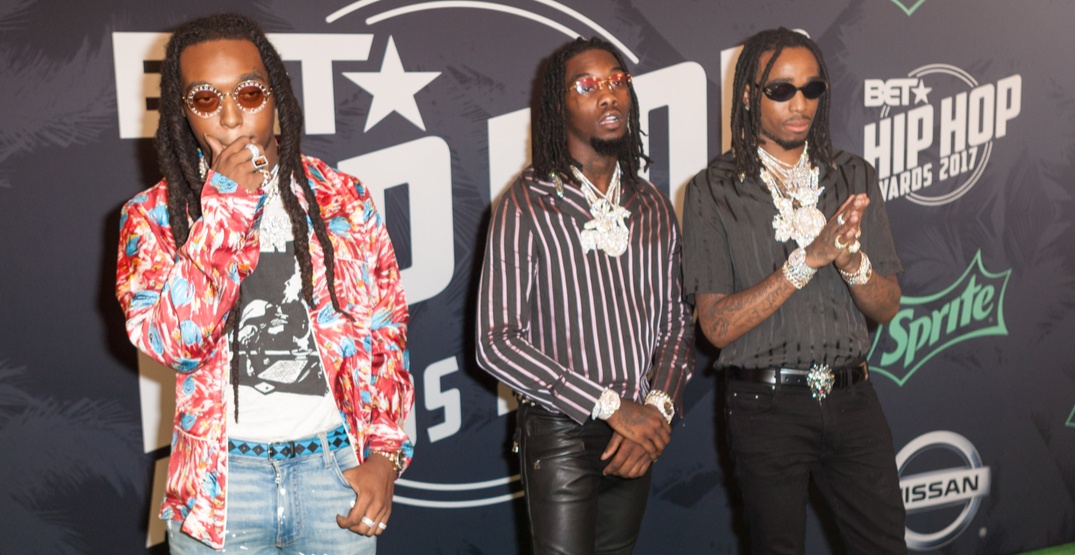 American hip-hop trio Migos will be making a stop in Montreal this summer.

Hot off the debut of their third album, Culture II, which released in late January, the trio have only been growing in international popularity.

The Atlanta-based group, which formed in 2009, will be performing at Montreal’s Beachclub, one of the city’s largest venues for outdoor music. Beachclub has been a venue for live music for over 20 years and is capable of hosting more than 10,000 people.

Their show is yet another impressive addition to Beachclub’s 2018 summer lineup. Also performing over the course of the summer are Illenium, Paul Vandyk, Fat Joe, Tiesto, Wyclef Jean, and Sean Paul.

Migos will be performing on Monday, July 23. Tickets can be purchased online on Saturday, April 14 starting at 12 pm. The first 1000 tickets sold will be only $70, prices increase afterwards.