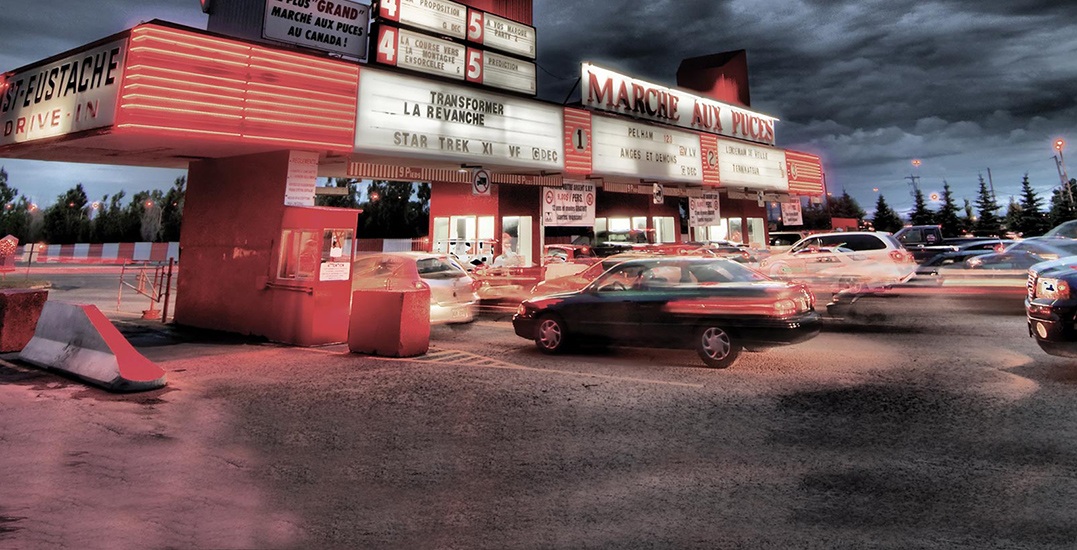 One of Quebec’s most beloved summer past times, outdoor movies at Ciné-Parc Saint-Eustache, will be re-opening for its spring and summer season towards the end of April.

The drive-in theatre, which plays the majority of their programs in French, boasts five massive screens. Each has stereo sound and a high-quality digital image, making it the most modern open-air theatre in Canada.

According to their Facebook page, while they haven’t established an exact opening date, they’ve revealed that they’ll be open on weekends only towards the end of April. After Monday, May 21, they will extend their days of operation to seven days a week.

The theatre will play the films in the form of a double-header. The first film will begin at dusk (9:15 pm) and the second film will commence shortly after the first finishes. Also on site is a restaurant, creamery, and arcade.

Tickets to the theatre cost $10 for viewers aged 13 and above. People aged 65 and above pay a reduced rate of $7, and Tuesdays and Wednesdays feature discount tickets at $6. The Cine-Parc also plays a different double-header of English movies every Thursday.

Movie showings, times, and specific rules regarding their shows can be found on their website and their facebook page. Visitors are reminded that only cash is accepted, although there is an ATM on site.