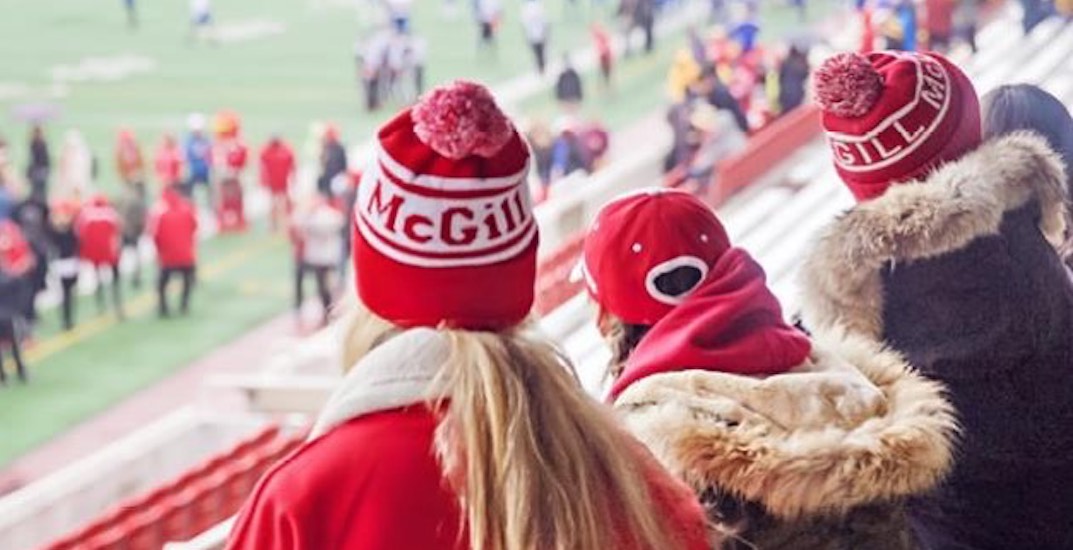 McGill University has chosen a new name for its men’s varsity program that will take the “teams into the University’s third century.”

In an email shared with Daily Hive, McGill says the name was “chosen with the aim of paying homage to Athletics and Recreation’s tradition and history while simultaneously uniting our community.”

Men’s varsity teams at the university will hereby be known as the McGill Redbirds.

The university made the announcement on Tuesday, more than a year after doing away with the old Redmen name.

In April 2019, McGill announced it would drop the Redmen name, saying it had caused pain and alienation for Indigenous students within the university.

“This decision was the culmination of extensive consultation, debate and deliberation,” says Deputy Provost, Student Life and Learning Fabrice Labeau, co-chair of the Men’s Varsity Teams Naming Committee. “While several names emerged as top choices, in the end, the Redbirds rose to the forefront for its strong links to both the past and present of McGill Athletics and Recreation.”

Over the course of its mandate, the Men’s Varsity Teams Naming Committee held 13 meetings, which included both individual and group presentations from students, staff, Varsity athletes, and alumni.

According to the school’s news release, an open call for submissions was put out, and 1,238 total submissions were received, making up 230 different options.

“I have little doubt that the men’s varsity athletes will continue to achieve greatness as they write this next chapter,” says alumni Hubert T. Lacroix, co-chair of the Men’s Varsity Teams Naming Committee. “Our varsity teams are a vital part of the McGill community and experience, and I am confident this new name is one that we can all be proud of.”

Once COVID-19 restrictions allow, McGill says it will “celebrate this new era of McGill men’s varsity sports with the entire community.”