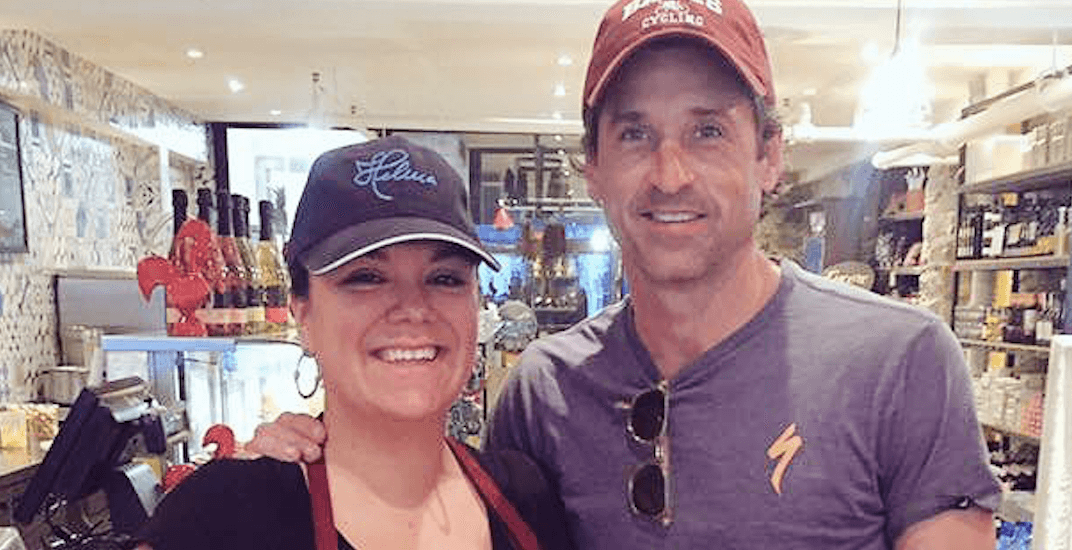 Patrick Dempsey (aka McDreamy) of Grey’s Anatomy is in Montreal right now and he seems to be loving the city.

Montréal turned 375 years old this year. Such a fascinating city with so much history and culture #montreal375

“Montreal turned 375 years old this year. Such a fascinating city with so much history and culture,” Dempsey wrote in the caption.

Looks like Dempsey isn’t the only Grey’s Anatomy star who is a fan of Montreal.

We did some detective work in the comments of Dempsey’s Instagram post and found none other than Kate Walsh (aka Addison Montgomery) showing her love for the city as well. 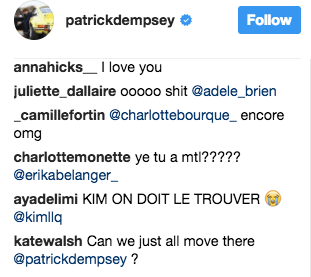 “Can we all just move there?” commented Walsh.

Yes, Dr. Montgomary you can definitely come too because that would make for an epic Grey’s reunion.

Dempsey has been in Montreal since summer reportedly filming a new 10 episode murder mystery type drama called, The Truth About the Harry Quebert Affair.

He’s been spotted around town and he’s also been documenting some of his trip on Instagram.

You’re welcome to stay as long as you want, McDreamy.