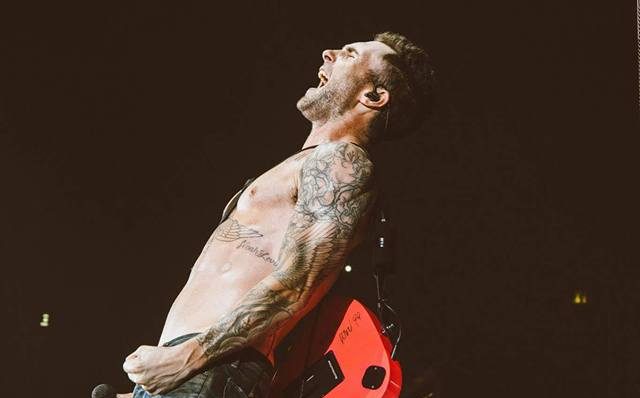 If you were hoping to see Maroon 5 (or a shirtless Adam Levine) in a couple of weeks, you will have to wait a little longer.

The band, who was scheduled to perform at Bell Centre on September 23, have postponed their Montreal tour date to February 24, 2017. Montreal was among six other scheduled tour dates this month. The reason? Adam Levine and wifey are expecting.

“Even when you think you’ve planned everything perfectly sometimes life just kinda happens,” said the frontman in a statement. “Soon Behati and I will be celebrating the birth of our first child and, as I’m sure you all understand, I need to be there but unfortunately this means some of Maroon 5’s upcoming shows need to be rescheduled. I know this might present an inconvenience to our fans out there and I apologize for this. I’m really looking forward to seeing everyone in the spring.”

Tickets for the September 23 show will be honoured at next year’s show. Among the dates rescheduled was also Quebec City’s show at Videotron Centre, which now takes place on February 27, 2017.

Does this leave you in misery? Cheer up, it’s the long weekend.