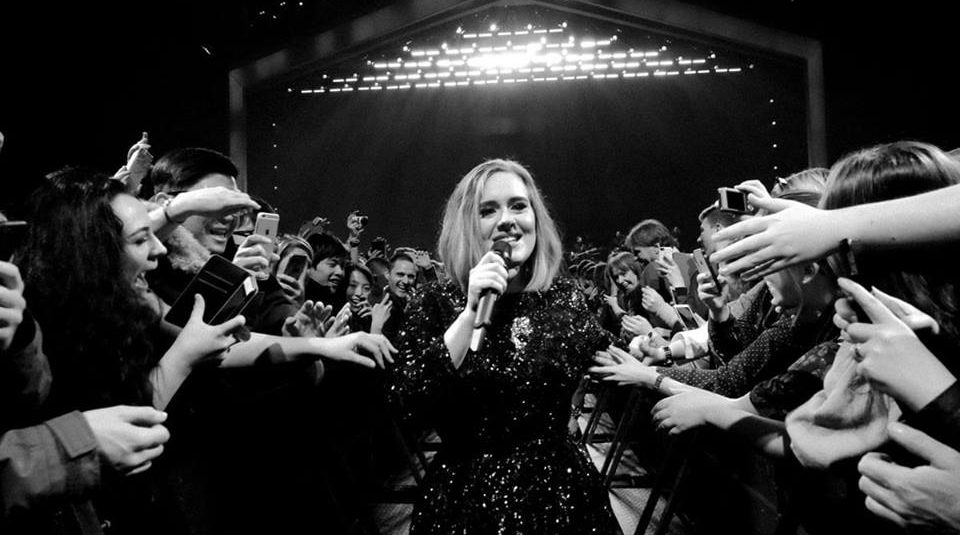 The summer might be winding down in Montreal, but the concerts are heating up.

From Kanye to Adele, and everything in between, there is a show for everyone this month. Check out this month’s concerts, and we’ll see you at the show!

Kanye West and his Saint Pablo tour pop into the city to start off concerts this month at the Bell Centre. What can we say about Kanye West? Kanye loves Kanye – so it should be a great show. And for last minute fans, tickets are still available for the big show.

Legendary DJ Armin Van Buuren makes his way back to Montreal this month. The electronic music producer and founder of the record label, Armind, has released six studio albums and countless of club hits. Expect this to be a party.

Since entering rap’s ring four years ago, the former chef who hails from Flushing, Queens (NY), Action Bronson has released a number of mixtapes since 2012. Bronson released his first full-length album, Mr. Wonderful, in March 2015. Catch the popular foodie rapper in town this month.

One of the most soulful voices is in Montreal this month. Hailing from Washington, D.C, Gallant has emerged as one of the best new artists last year with his huge single “Weight in Gold.” His shows have been selling out across North America, and this one will probably be no exception.

British electronic producer and performer Gold Panda makes an appearance in our city in the beginning of September. Four studio albums and several singles since his 2009 debut, Gold Panda’s beats will get you moving.

Indie electronic musician Chrome Sparks is at the Fairmont Theatre this month for his fall tour with the live duo. The Brooklyn-based Jeremy Malvin (Aka Mr Sparks) was recently on a few tour dates with Flume.

Get ready to headbang. American metal band Slayer, which formed in 1981, has released 12 albums and last year they released Repentless. They are currently touring the album, and are making 90’s dreams come true.

Michigan folk singer-songwriter Rodriguez comes to Montreal playing an all-ages show this month. You might remember Rodriguez from the film Searching for Sugar Man. He’s Sugar Man. The self-taught guitarist who did not gain popularity until years after he began playing.

When: September 13 at 8 pm
Where: L’Olympia, 1004 Sainte-Catherine East
Tickets: Sold out.

English singer-songwriter James Bay released his debut album last year to rave reviews – Chaos and the Calm topped the UK charts and earned Bay three Grammy nominations, including one for best new artist. Montreal fans can expect the singer to perform hits like “Running” and “Hold Back The River.”

The 20th anniversary of Dim Mak sees the return of eletro-king Steve Aoki. The Grammy-nominated international producer/DJ and electronic dance music entrepreneur is known for his high energy performances and dropping beats til morning – and Montreal gets the party this month.

Austin instrumental rock band Explosions in the Sky return to our city to support their latest release The Wilderness. Seven albums and having been regularly featured in the Friday Night Lights show and movie, Explosions in the Sky’s sound is distinct and recognizable.

Young the Giant captured everyone’s attention in 2010 with their singles “My Body” and “Cough Syrup.” Fast Forward five years and three albums, the boys are back in town touring Home of the Strange.

Indie duo The Kills have been around since the early 2000’s, but their recent release Ash & Ice has already topped charts globally. The lead single “Doing It to Death” is a killer track – see what we did there?

One of the biggest reggae musicians in the world is coming to Montreal. Ziggy Marley, son of famed reggae artist and international icon Bob Marley, is bringing his signature sound as part of a mega-tour across the US and Canada.

After a massive summer of tour dates, Adele finally lands in Montreal at the end of the month. She’s on the road touring her latest album, 25. But really, all that matters is Adele is here and her show is sold-out.

When: September 30 at 8 pm
Where: Bell Centre, 1909 avenue des Canadiens-de-Montréal
Tickets: Sold out.

OVO’s Majid Jordan have had an exciting year. The Toronto R&B duo released their self-titled debut album in February, and have been touring across the globe. They bring their Toronto beats to Montreal on the 30th. So if you couldn’t get tickets to Adele, definitely check this one out.