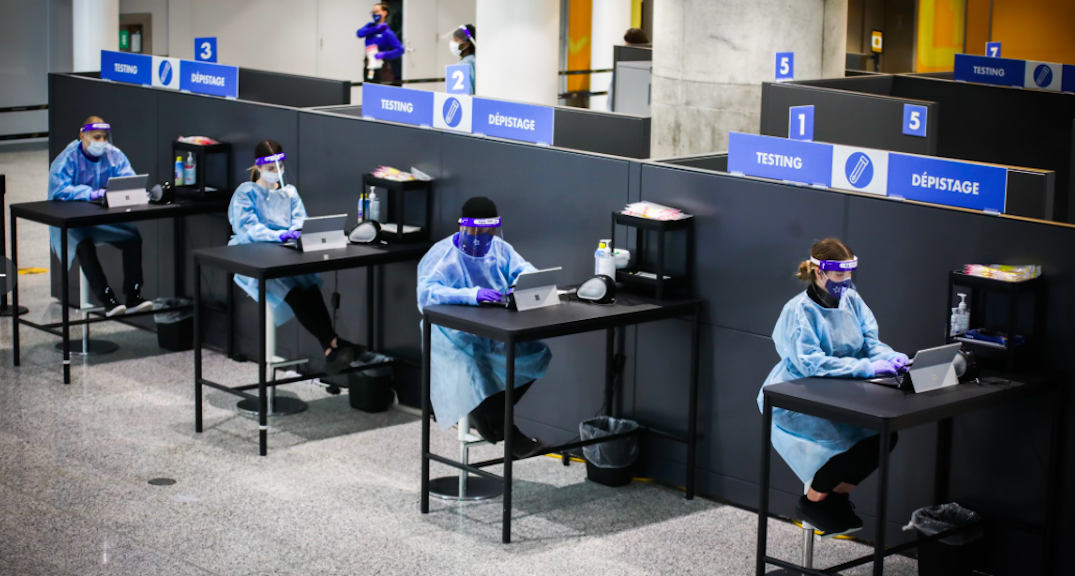 Starting in February, there will be a second mandatory COVID-19 test for arriving international passengers.

In addition, beginning next week, all international flights will only be allowed to land at four airports; Toronto, Vancouver, Calgary, and Montreal.

As well, major Canadian airlines are cancelling their air service to sun destinations including the Caribbean and Mexico starting this Sunday until April 30.

In Ontario, Premier Doug Ford has been vocal about implementing further restrictions at the border.

On Monday, he said it’s “absolutely critical” that the borders are closed to non-essential travel, which “should have happened months ago.”

The premier said at the time, based on the testing the provincial government is doing with their pilot program, 2.5% of the tests come back positive. For the 33,000 international travellers tested, that’s around 750 bringing COVID-19 to the province.

He will provide an update at 3 pm on travel.