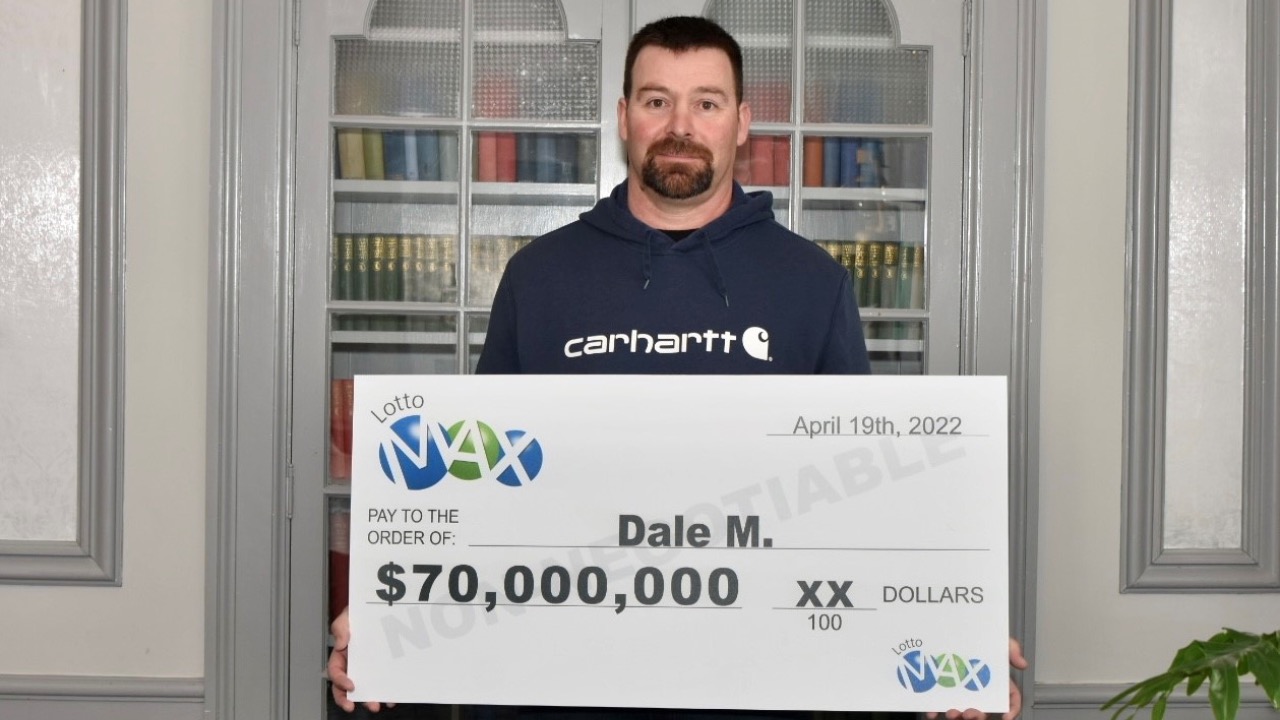 After it was announced last week that the $70 million Lotto Max jackpot-winning ticket was sold in Alberta, it has been revealed that the winner is actually from Saskatchewan.

The massive jackpot was won on April 1, with the winning ticket purchased somewhere in Alberta, presumed to be claimed by a lucky Albertan.

The Western Canada Lottery Corporation (WCLC) announced Tuesday that Regina resident Dale McEwen was on a road trip west with his family when they stopped at South Country Co-op Gas Bar in Dunmore, AB, where McEwen picked up his ticket for the LOTTO MAX draw that night.

The next day he used the Lotto Spot! App to discover his ticket had matched all seven winning numbers netting him the historic jackpot, the WCLC said in a news release.

“Ski trip ruined!” he laughed while claiming the prize earlier this month. “Basically, all we’ve been doing since we found out is figuring out what we will do now.”

McEwen said he and his family have been making plans for their windfall, mainly to help out family and travel, but are still working through exactly what to do with their newfound wealth.

“I can’t even describe it,” McEwen said. “Dreaming about winning and actually winning are two very different feelings. You think you know what it would feel like, but when it’s in your hands, your mind will not stop: and you can’t even sleep. It is stressful – but not a bad stress,” he told the WCLC.

The $70 million Lotto Max jackpot is the largest winning ticket sold by an Alberta retailer by a margin of $5 million.