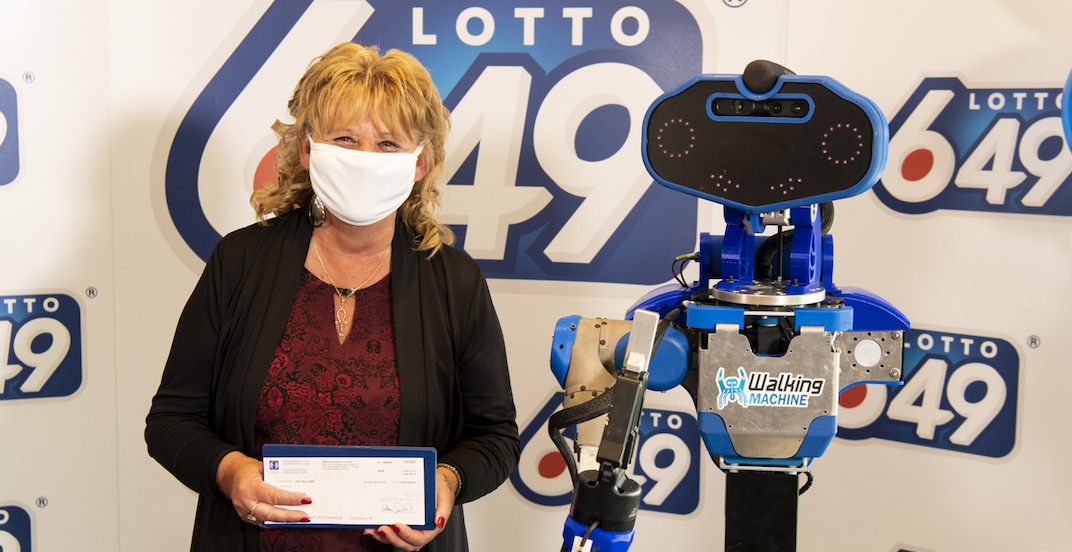 Guylaine Desjardins, the lucky winner from the Laurentides, didn’t only receive her new $6 million cheque, but it was also handed to her by a robot for the first time in Loto-Québec’s history.

The newly crowned multimillionaire celebrated her win at the Casino de Mont-Tremblant on Thursday and was rewarded with more than a hefty cheque — she got to meet SARA, a robot developed and controlled by students from the École de technologie supérieure (ÉTS).

SARA was created to “support innovation in Quebec,” according to Loto-Québec, and was used specifically to comply with the government’s physical distancing guidelines.

Guylaine says she typically buys her lottery tickets at her workplace and claims she’s been playing Lotto 6/49 for over 25 years. According to Loto-Québec, the winner was “gobsmacked” when she won and had to run to her car to get her glasses to ensure that she was reading the depanneur’s screen correctly after she saw she picked the winning numbers.

The Laurentides resident says she wants to buy herself a three-wheel motorcycle and go on several trips once circumstances allow for out-of-country travel.

Plus, who knows, with her new cheque, Desjardins could even buy a few more robots to accompany her on her planned trips.