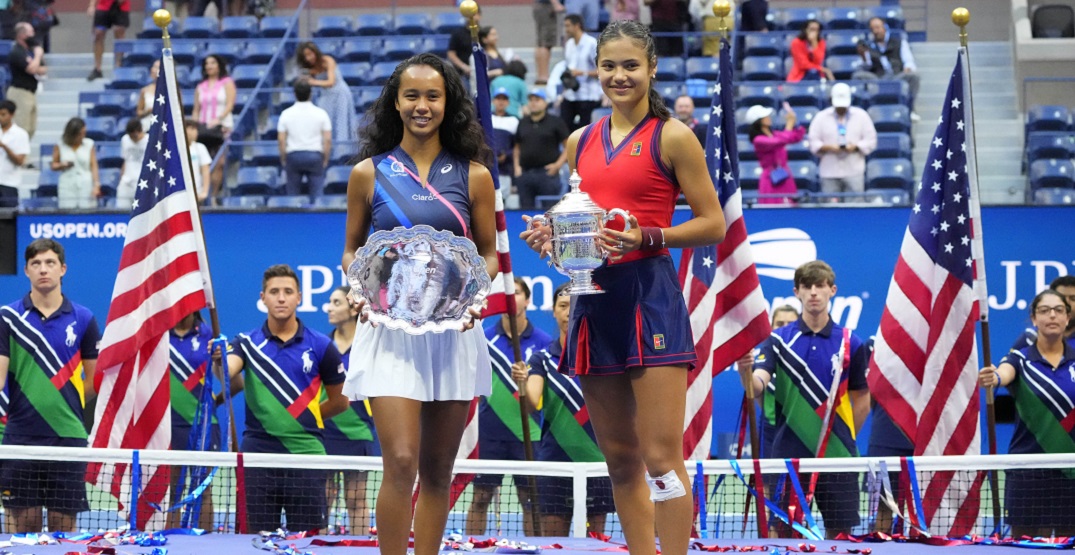 Leylah Fernandez is set to vault up the WTA world tennis rankings following her shock run to the US Open final.

Fernandez entered the US Open 73rd in the world rankings, but will be moving up to 28th in the WTA rankings following an impressive tournament.

“I’m very happy with myself, with the way I competed, and the play I played, the way I acted on court the past two weeks,” Fernandez said following Saturday’s final, which she lost in straight sets.

“I’ve improved a lot not only tennis-wise but emotionally and mentally. I’m happy. Next year hopefully it will be just as good.”

Meanwhile, champion Emma Raducanu has gone all the way up to 23rd in the world after entering the tournament as a qualifier.

“I think this loss, I’m going to carry it for a very long time,” Fernandez added. “I think it will motivate me to do better in training, better for the next opportunity I get.”

Bianca Andreescu remains the top-ranked Canadian woman in the WTA, with a 20th place ranking.