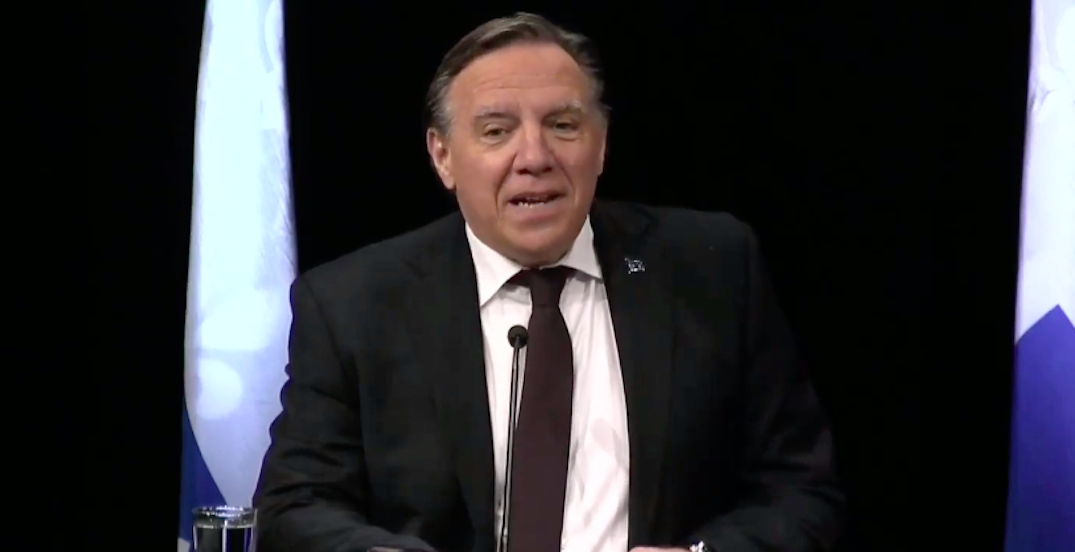 As part of a busy Monday afternoon briefing, Premier François Legault said Quebec has had “one victory and one defeat” against COVID-19.

In an update three months after the arrival of the pandemic in the province, Legault expressed a “huge thank you” to Quebecers for continually following public health guidelines.

He says the province has had a “defeat” in long-term care homes (CHSLDs) citing that 4,700 deaths out of Quebec’s 218,000 CHSLD residents is “unacceptable.”

Legault said the main problem for long-term care homes had occurred before the crisis hit which resulted in 10,000 missing employees during the early winter. Once the pandemic struck, orderlies and employees didn’t want to work at CHSLDs throughout the province.

“At the time, we were missing up to 20,000 workers,” he said, in French. “We called out everyone to find volunteers and help, even without the necessary training. I will thank them all for my entire life.”

The premier said a three-month training period to fortify the province’s short-staff at CHSLD is beginning this week and over 10,000 employees are scheduled to be present this fall.

Legault says the “other fight is the one we won.” He said of Quebec’s 8.5 million citizens, 8.3 million were not in long-term residences and there were 500 deaths.

He said that even one death is too many, but “had we not been dealing with the catastrophe in CHSLDs, it would have been a full-out victory.”

Legault credited Quebec’s victory to citizens quickly adapting and following guidelines and said he thinks between all the provinces in Canada and states across the US, Quebecer is where “people followed guidelines the best.”

“Yes, we had a defeat in CHSLDs but we had a great victory in the rest of the province,” continued Legault before stressing that we cannot ease up on guidelines and he urged citizens to continue washing their hands frequently, wearing masks, and keeping their distances.