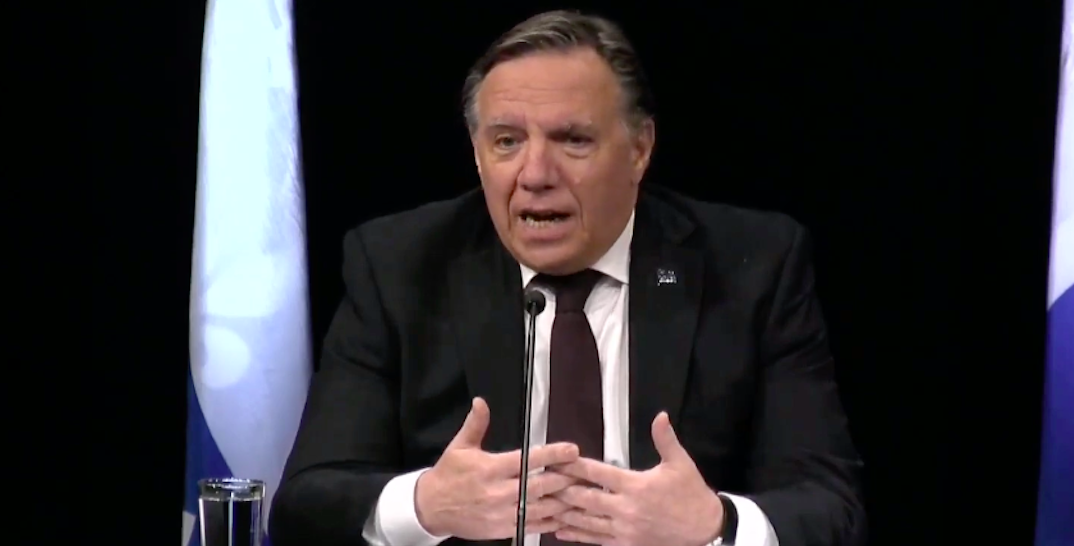 As part of his daily briefings, Premier François Legault announced the province has created a new “action group” designed to fight racism throughout Quebec.

“If there is somewhere we have to all work together, it’s in the fight against racism,” said Legault after updating the province’s fight against the pandemic. “I am proud to announce we have created an action group that will help fight racism.”

The group is anchored by Quebec’s Minister of International Relations and La Francophonie, Nadine Girault, the Minister for Health and Social Services, Lionel Carmant, and two co-presidents who are members of Quebec’s National Assembly.

Legault says the group is not just for public safety but will also focus on eliminating racism and discrimination in the justice system, schools, housing, and employment.

“We were all affected by what happened in the United States,” he continued in French, “and we don’t want to incorporate any of that climate here in Quebec.”

Legault said he agrees that there are racist citizens in Quebec and it’s our duty to “make results and avoid being divided.”

“We cannot tolerate racism in Quebec” he said, adding that the newly-formed group’s goal will be getting all of Quebec to a stage of “getting into action.”

The premier says the group’s mandate will be to identify actions Quebec can take in specific sectors where there are problems. The action group will hand in the recommendations in the fall so Quebec can “swiftly and positively” make necessary changes.

Girault said she prides herself on positivity and likes to take action.

“We need the opportunity for changes of the better for Quebec’s future,” Girault said. “Latest events have shown that there is anger and we know that minorities are underrepresented and recognizing the problem is part of the solution. This has lasted too long.”

Carmant said it’s time to take action and make changes in Quebec, “it’s the 21st century, there is no need for racism in our society.”