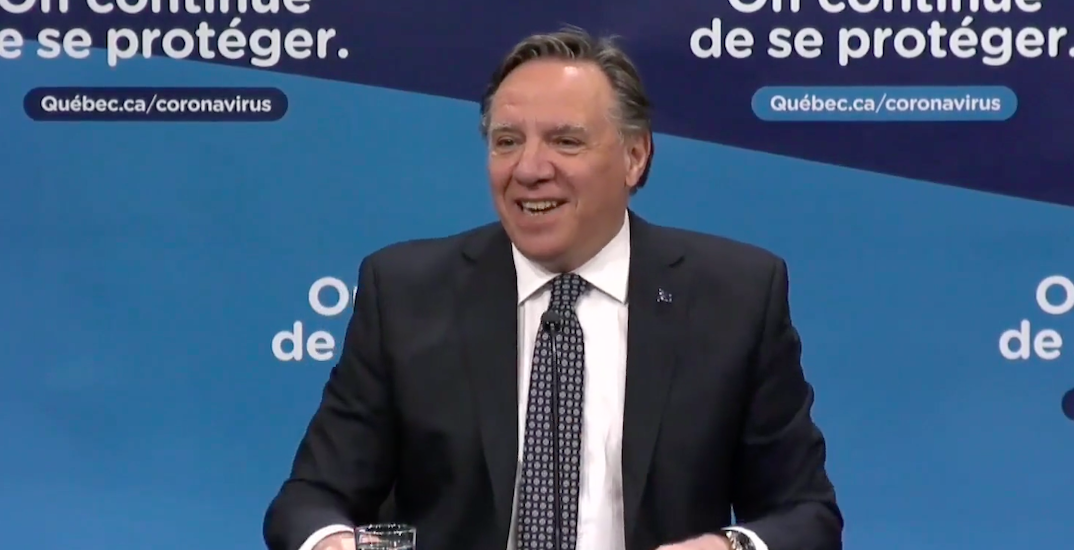 Legault said that though it’s encouraging, Quebecers “can’t take anything for granted,” and we can’t ease up on our efforts.

Legault said the signs are equally encouraging because the province has implemented numerous deconfinement measures in the past few weeks, saying the relatively good news will “help to move us forward.”

Legault said more details pertaining to the reopening of restaurants will be revealed later on Monday with guidelines as to what customers and owners will be permitted to do.

When asked if he thinks the first wave is now behind us, Quebec’s National Director of Public Health, Dr. Horacio Arruda said public health can’t yet see the effects that deconfinement measures have had, but he said he’s “happy that the numbers are going down.”

Arruda said that viruses like COVID-19 have different seasons, and hot weather could be a factor in helping the decreased numbers. He stressed that while it’s important to start regulating our lives again, everyone has to continue to respect the guidelines to reduce the risk of retransmission.

Legault specified that Monday’s announcement will pertain only to restaurants, as bars are not yet ready to open. He said the difference between bars and restaurants is that everyone stands a lot closer in bars.

At restaurants, specific guidelines are easier to implement and follow than bars. “We’ll be limiting the number of people per table and spreading out distances between customers,” he said.