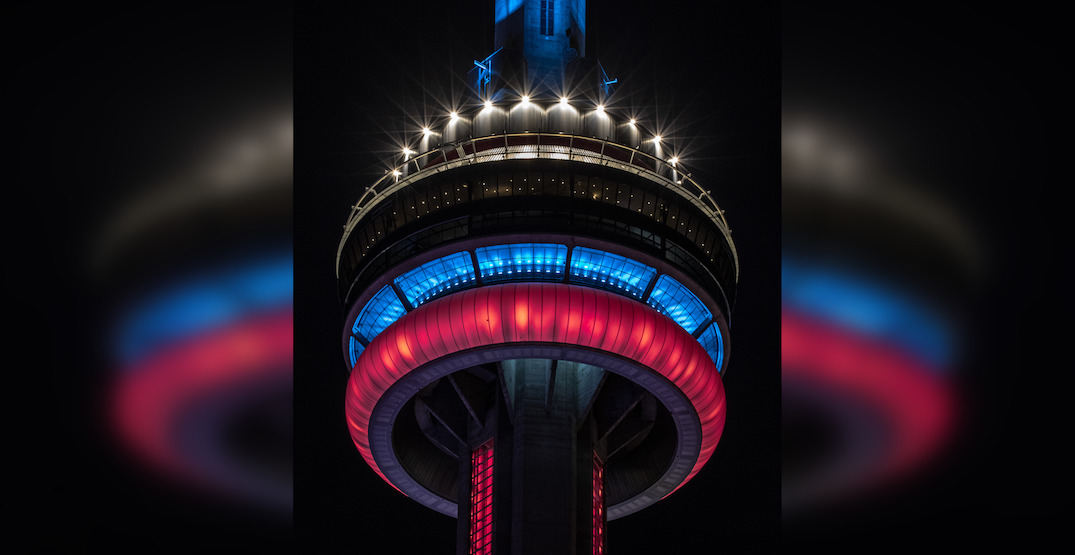 Toronto is the home of the Maple Leafs, but the crown jewel of the city will shine in Montreal Canadiens colours tonight.

The CN Tower will be lit red, blue, and white for the Canadiens, in honour of them being Canada’s last hope to win the Stanley Cup this season.

“Tonight the [CN Tower] will be lit red, blue, and white for the [Montreal Canadiens]
who will go on to represent Canada’s hope for a 2021 Stanley Cup,” the CN Tower’s official Twitter account tweeted.

While some in Toronto may jump on the Canadiens bandwagon, the thought of pulling for the Leafs’ arch rival is sacrilegious for many others. That won’t bother Habs fans though, as they’ve got bigger things to worry about.

After dispatching the Winnipeg Jets in four games, the Canadiens will be one of the final four teams left standing in the NHL this season. They’ll play the winner of the series between the Colorado Avalanche and Vegas Golden Knights.