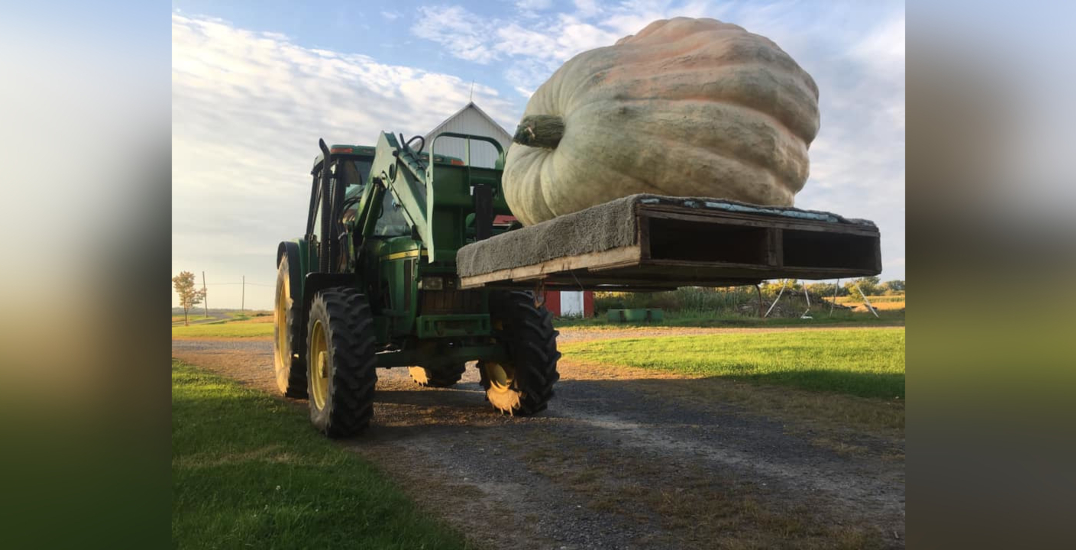 The largest pumpkin ever grown in Canada weighs more than a whopping 2,000 pounds.

A father-daughter duo in Ormstown, Quebec — roughly 60 km outside of Montreal — has set the record of harvesting the biggest pumpkin in the country.

Jim and Kelsey Bryson’s pumpkin, nicknamed Alice 1, squashed the pumpkin weight record at the Woodbridge Fall Fair in Ontario, with their behemoth pumpkin weighing in at 2,006.5 pounds.

It’s the first time in Canada a single pumpkin has topped out at a weight of one tonne.

Think about all the pumpkin pies that one gigantic pumpkin could create.

She says the Brysons use seeds from a variety called Atlantic Giant Pumpkin which originated in Canada by Howard Dill — the giant pumpkin breeder.

In terms of the harvesting process, Bryson says, “My dad and I use cover crop, no till, and organic fertilizers to grow our giant pumpkins.” 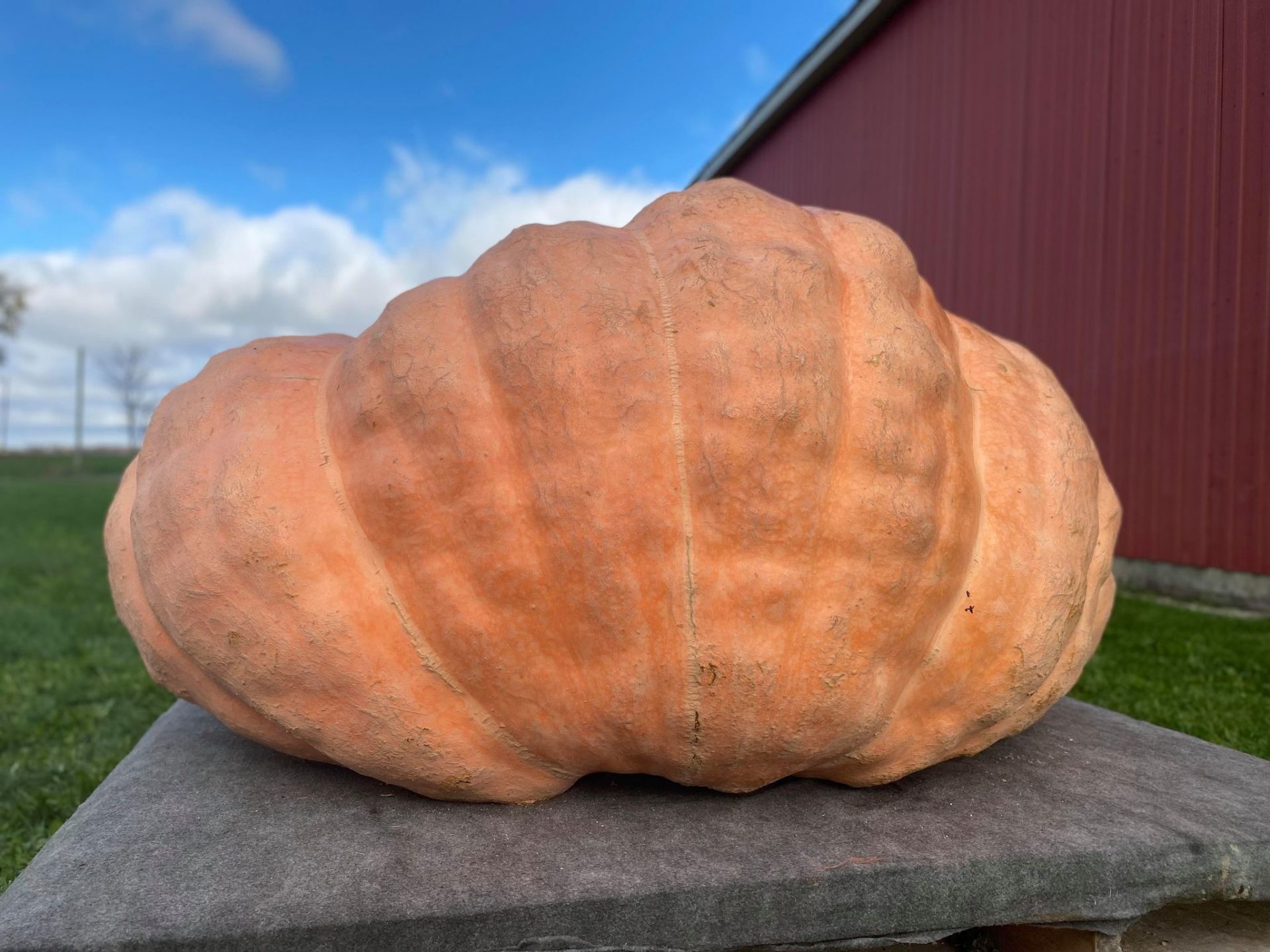 The farmer says she and her father started the seeds on April 10, pollinated the pumpkin on June 15, and picked it out of the garden on October 8. From seed to mammoth pumpkin, the process took six months.

The Brysons built a greenhouse over the summer hoping it will help them control the pumpkin environment going forward. She said crucial pumpkin growing months occur during hot days of summer where Alice 1 had days where it grew an astonishing 50 pounds per day, at one point.

The farmers say the harvesting is a constant job, having to water it every 15 to 20 minutes. 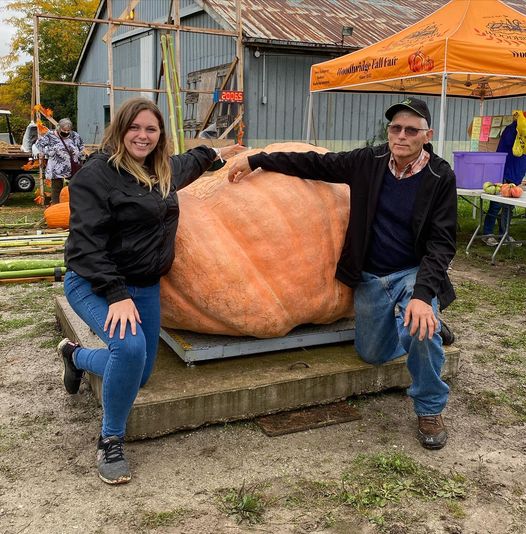 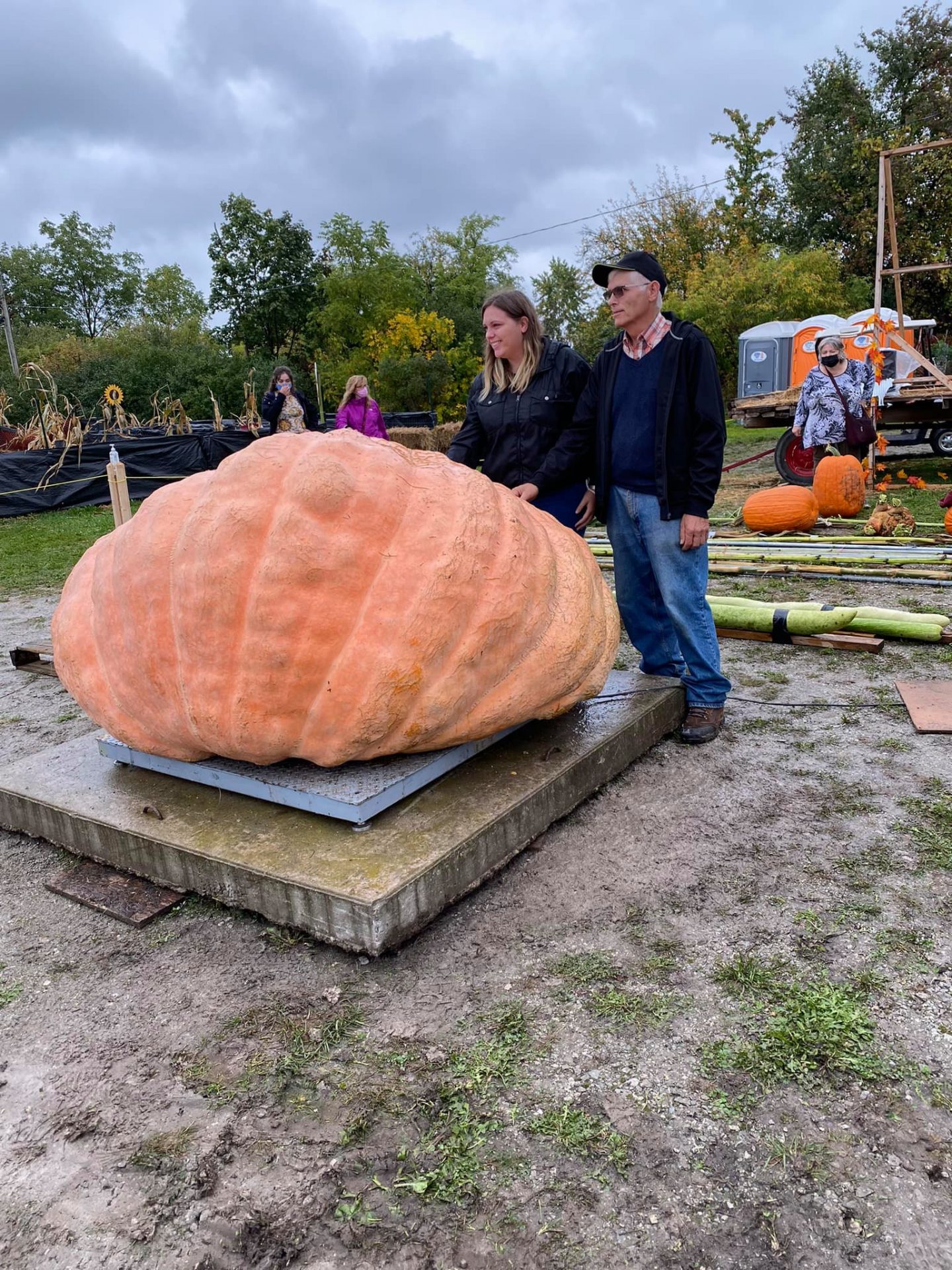 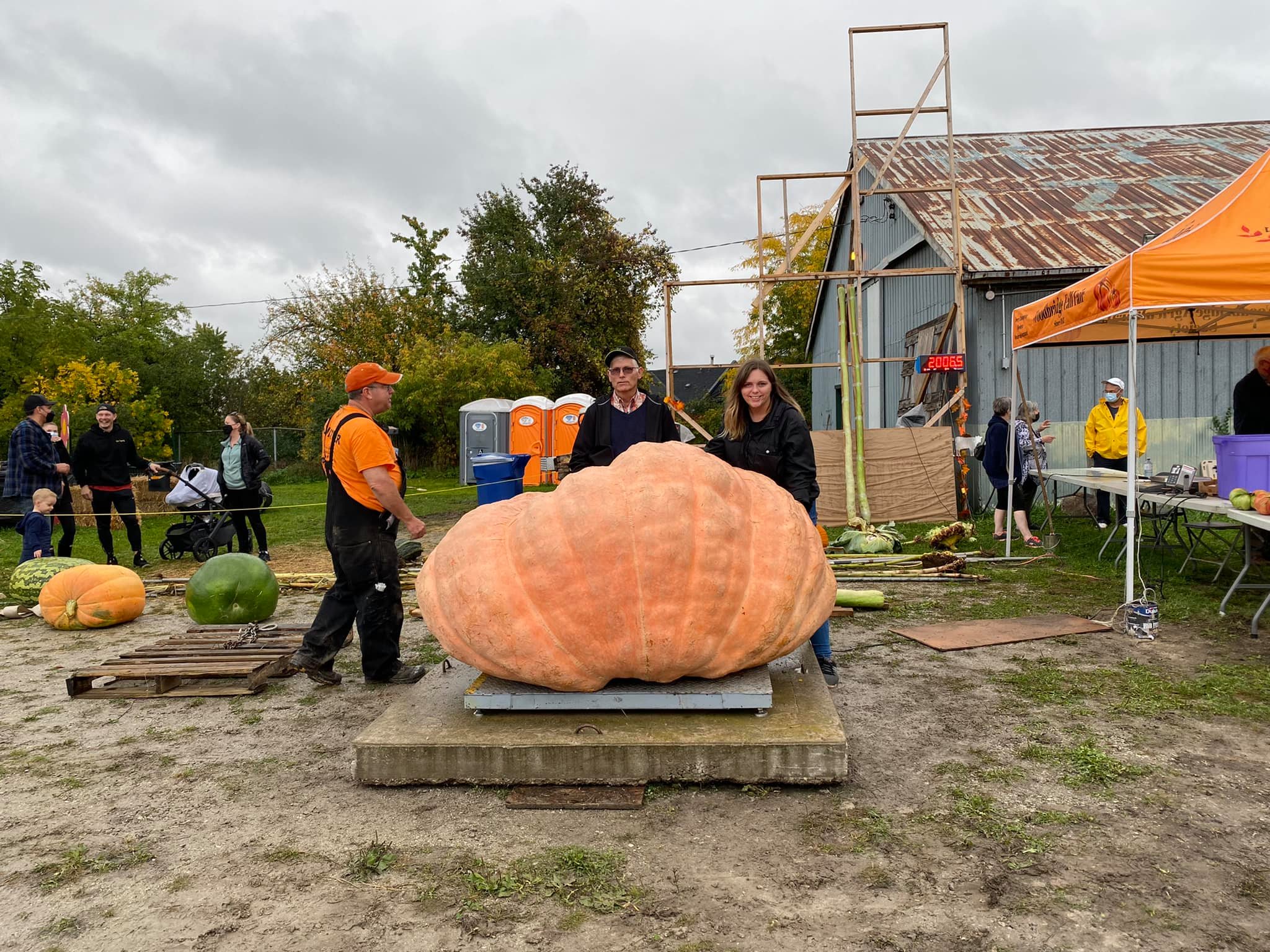 PumpkIN it to win it, right?