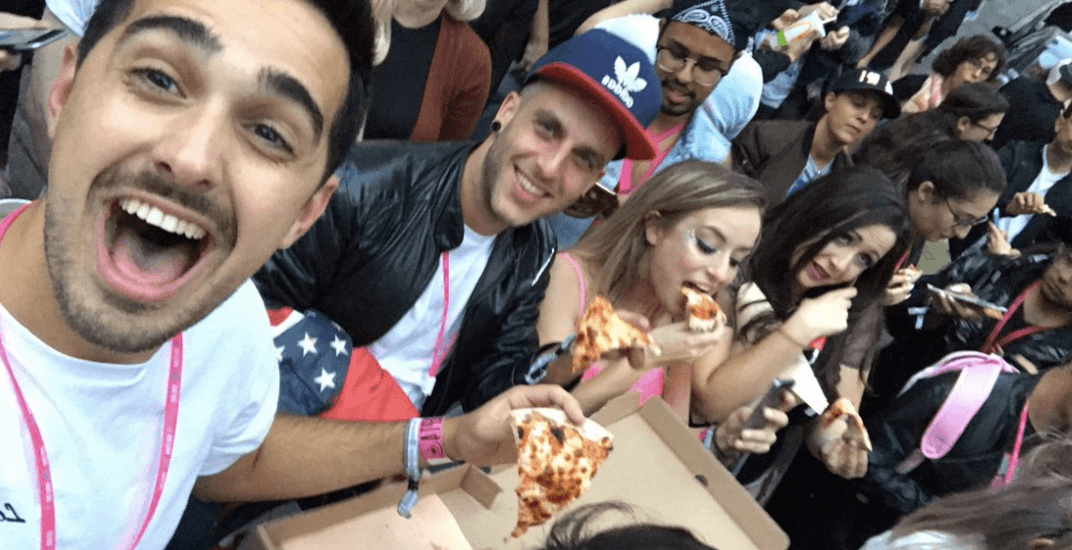 Lady Gaga was forced to postpone her Montreal show on Monday night but attempted to make it up to fans with free pizza.

Hours before the concert, the pop star Tweeted that she wouldn’t be able to perform due to due to respiratory infection and laryngitis.

I’m so sorry Montréal. We are working on postponing the show. Please read this message from my ❤️ below. pic.twitter.com/ktglIGpykL

“To my beautiful fans. I couldn’t be more devastated that I am unable to perform tonight. I sing this entire show live, and I pride myself in giving it all, but when I sang in the rain at Citi Field I got sick and have been pushing through,” she said.

“I am so sorry to anyone who had their heart set on seeing me tonight. I love you, Xoxo, Joanne.”

Of course, fans were understandably upset as some were camped outside the Bell Centre days before the show.

.@ladygaga cancelled in #Montréal I’m so sad. Been looking forward to this for 8 months. Hope she gets better soon 😭😭😭 #JoanneWorldTour

But Gaga tried her best to make it up to her Little Monsters and sent free pizza to fans who were waiting outside her her hotel. She even went out to sign autographs and meet them.

I’m sending free 🍕 to any monsters outside my hotel The William Gray Montréal 😭. I love u so much & I’m so sorry u are the most loyal fans.

Lady Gaga comes out to meet fans after Cancelling her Montreal date. She loves us I can’t believe anyone would be mad at her. pic.twitter.com/2ZYTGwp8ce

Lady Gaga sent some pizzas to all little monsters outside her hotel in Montreal. pic.twitter.com/SsOHs6Geyi

Lady Gaga sent free pizza to all the fans waiting in front of her hotel at The William Gray in Montréal, Canada. 💞 #JoanneWorldTour pic.twitter.com/ZI5vzhHQH5

According to concert promoters Live Nation and Evenko, fans should hold on to their tickets.

“As the tour is currently working on rescheduling the performance, fans should hold onto their existing tickets pending additional information,” the companies said in a statement. “Live Nation, Evenko and Lady Gaga apologize for the inconvenience.”