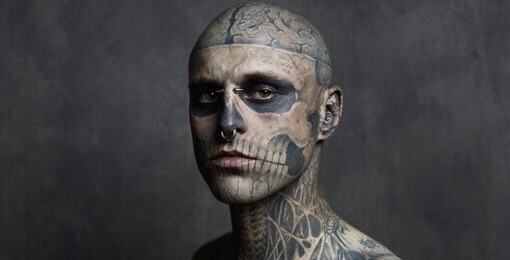 Lady Gaga has apologized for referring to the death of model Rick Genest, also known as “Zombie Boy,” as a suicide.

The pop star featured Genest in her Born This Way music video in 2011, tweeted “the suicide of friend Rick Genest, Zombie Boy is beyond devastating” upon hearing the news last Thursday.

A Quebec’s coroner’s office has since said an autopsy will be conducted to determine the cause of Genest’s death and that suicide has not been officially ruled as the cause.

Gaga apologized over the weekend for speaking “too soon” and deleted her previous tweets regarding Genest.

Out of respect for Rick’s family, Rick & his legacy I apologize if I spoke too soon as there was no witnesses or evidence to support any conclusion for the cause of his death. I in no way meant to draw an unjust conclusion My deepest condolences to his entire family and friends. pic.twitter.com/CJ9AdOJ22j

A private funeral will be held in honour of Rick Genest, he was 32.