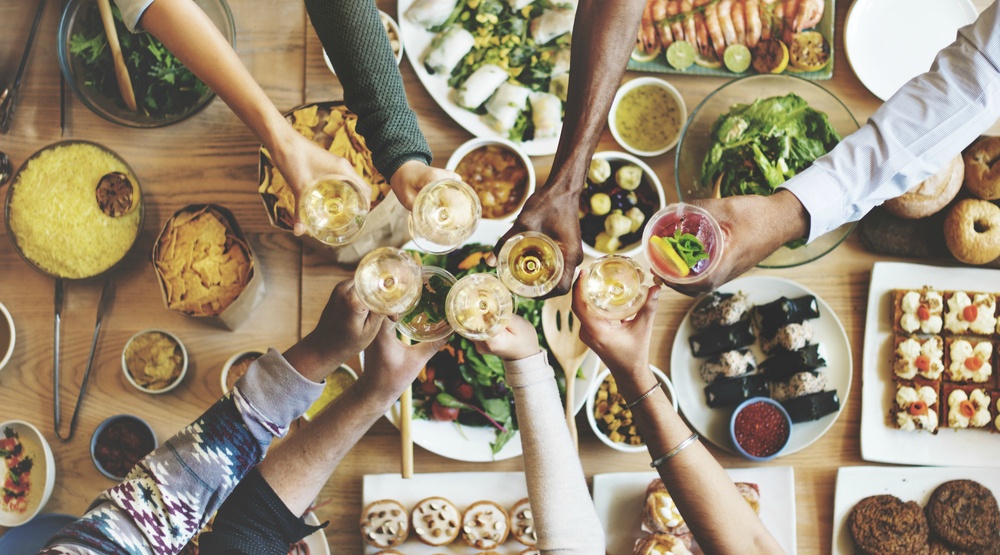 So the summer has officially come to an end, it doesn’t mean you shouldn’t go out with a bang! Thanks to the plethora of exciting events taking over Montreal this Labour Day weekend, there will be no shortage of fun activities for you and your friends to engage in.

Whether you’re looking to unleash your inner foodie at YUL Eat, marvel at the twinkling lights of the Gardens of Light or eat a mouthwatering burger at Le Burger Week, Montreal is here to help you have a blast this Labour Day weekend.

YUL Eat is back to give you your yearly foodgasm in Montreal. YUL Eat, happening in Old Port from September 3rd until September 5th, will feature food tastings, a speaker series, culinary classes, and a latte art challenge. Chefs from some of the most popular restaurants in Montreal like Leche Desserts, La Distillerie, and Grumman ‘78 will all be at the festival’s speaker series spilling their foodie secrets, so you won’t want to miss this ultimate foodie event!
When: September 3 to September 5
Where: Quai de L’Horloge, Old Port

Matinee Brunch is collaborating with the gentlemen of Pink Flamingo and the Drysdale Group for this long weekend’s craziest party! Get ready to feast and indulge in the finer things in life, while Matinee’s resident Dj’s Danny Torrence and Toddy Flores put you in a state of mind like only they can! Say goodbye to the summer with a BANG!
When: September 4 at 2 pm
Where: Le Pink Flamingo, 438 Place Jacques-Cartier

This is your last chance to visit the Pompeii Exhibit at the Montreal Museum of Fine Arts. On display until September 5th, a visit to this special exhibit will showcase “the splendour and opulence of Pompeii in a spectacular exhibition that features over 220 archaeological artifacts in a unique multisensorial environment.” Reviews have been incredible, so be sure to see it before it’s gone!
When: Any day of the week, until September 5th
Where: Montreal Museum of Fine Arts

Gardens of Light is back by popular demand at the Montreal Botanical Garden. As of September 2nd, the gardens will be lit up at dusk, inviting Montrealers to stroll along the paths guided by stunning multi-coloured lanterns.
Inspired by Chinese and Japanese gardens, this year’s Gardens of Light will tell the story of the Son of Heaven, the Chinese Emperor.
Where: Montreal Botanical Garden, 4101 Rue Sherbrooke Est
When: September 2 to October 31, every day from 9 am to 9 pm

Show your family a little love this Labour Day at La Fete de la Famille in Laval. For one only, the Centre de la Nature will be transformed into a magical arena of family fun. Expect inflatable games, interactive shows, face painting, clowns, and magicians!
When: September 4, 10 am to 6 pm
Where: Centre de la Nature, Laval

Celebrate the last weekend of the summer with a beer in hand. 2016 marks the 15th edition of Chambly’s Beer & Flavour Festival. Organized by Bassin en Fete, this year’s festival will feature over 100 booths and exhibitors serving up artisanal beers, cider, wine, cheese, and bread.
When: September 2 to September 5
Where: Parc du Fort Chambly, Chambly, Quebec

Head to a bridal show

This labour day weekend, Montreal is hosting Canada’s largest bridal exhibition. Featuring an array of wedding products, from dresses and decor, to flowers and accessories, Let’s Get Married is the ultimate bridal exhibition for those newly engaged couples.
When: September 4 to September 5
Where: Place Bonaventure

This is your last chance to create your own song by swinging back and forth on Montreal’s now famous, 21 swings. One swing plays a note while several produce a melody so be sure to head on over with a few friends.
When: Until September 5
Where: From the Place des Festivals to Le Parterre, along De Maisonneuve Boulevard and Président-Kennedy Avenue

Swim in a public pool

Take advantage of the city’s decision to keep over 100 public pools in Montreal open longer this summer. Due to the ridiculously hot summer we’ve been having, the city has decided to extend the hours of its beloved public pools. Swim in the refreshing water or tan poolside, either way it sounds like a pretty good way to spend labour day weekend. For a full list of Montreal pool hours, click here.
When: Various times
Where: Various locations

There is only one month left of Montreal’s best EDM music extravaganza, Piknic Electronik. Wrapping up on October 2nd, Piknic Electronik is bringing you three back-to-back shows this labour day weekend. Rather than their usually Sunday afternoon show, this weekend you can get your EDM fill on September 3, 4, and 5 at Parc Jean Drapeau.
When: September 3 to Septeber 5, 2 pm-10 pm
Where: Parc Jean Drapeau

Head to a sidewalk sale

Returning in Montreal for its fifth edition from September 1st to September 7th, Le Burger Week 2016 will also be taking place, simultaneously, in Quebec City, Toronto, Winnipeg, Ottawa, Vancouver and Port-au-Prince, Haiti. Some of the star burgers you can expect in Montreal include Jukebox Burgers’ “The Georgia Burger”, Burger Royal’s “Legend of the fall”, Art:brgr’s F… Burger!”, and Blackstrap BBQ’s “Le Pig Mac” to name but a few.
When: September 1 to September 7
Where: Various locations