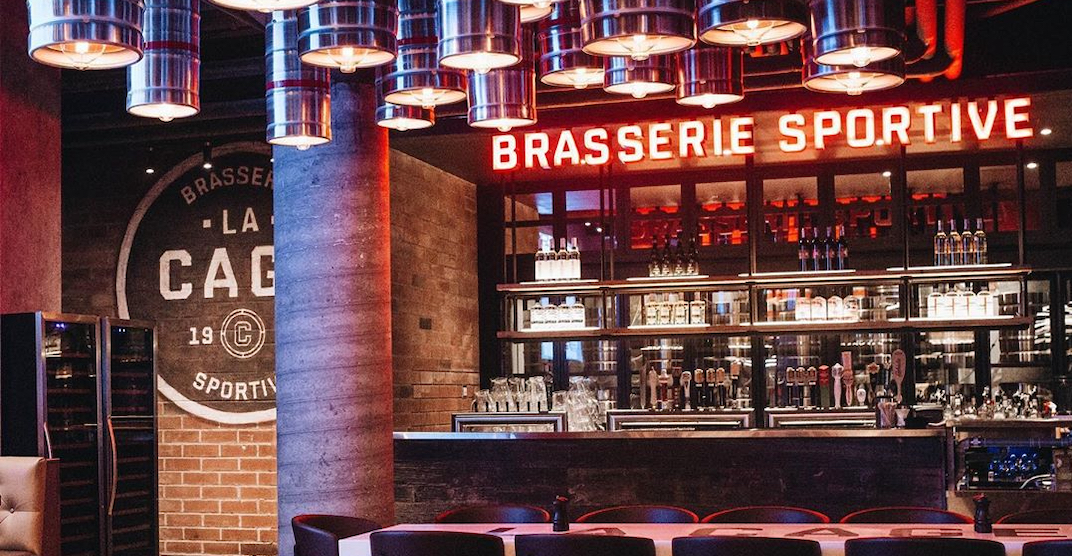 Quebec’s popular chain of sports restaurants, La Cage, has been forced to permanently cut almost 660 jobs and close four of its locations as a result of the pandemic.

In a press release on Wednesday, La Cage ownership, Sportscene Group, said it has laid off 30% of its staff because of physical distancing measures and hour reductions throughout the chain’s 41 restaurants across the province.

Sportscene Group reopened La Cage terraces and dining throughout Quebec as of June 15, nearly three months after having to close them all down as a result of COVID-19. The majority of the chain’s operating hours were sliced down to 4 pm to 10 pm, instead of its usual breakfast and lunch hours.

“Even though our customers are coming back, our reduced opening hours and our 50% occupancy ratios do now allow us to recall all of the 2,200 employees that were temporarily laid off last March,” says Jean Bédard, President and CEO of Sportscene Group. “We greatly regret these measures which have become inevitable given the new operational context.”

Sportscene says it will shift to serving and promoting more Quebec products such as beer, wines, spirits, and locally-produced food. The franchise will also expand its delivery, takeout, and ready-to-cook meal options for customers who want La Cage food but don’t want to sit inside the restaurants.

The company says COVID-19 will continue to have a “negative impact” for a long period of time on operations and financial performance.

Sportscene says it could take anywhere between 18 and 24 months for the restaurant chain to start seeing improvements.