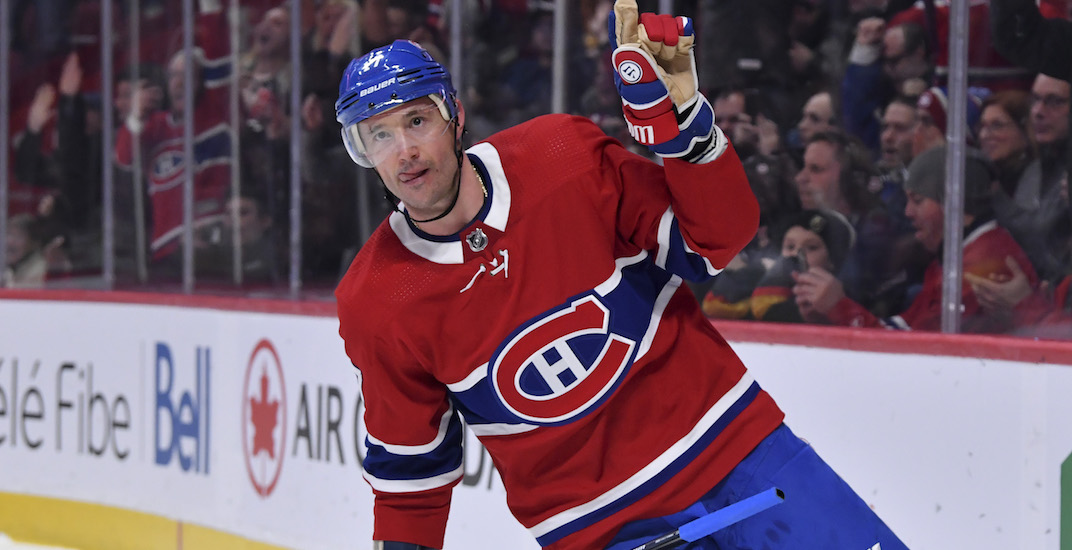 Expectations were low for 36-year-old Ilya Kovalchuk when he signed a two-way, pro-rated, league-minimum contract with the Montreal Canadiens on January 3.

The winger’s tenure with the Los Angeles Kings had gone so poorly that they terminated his contract on December 17 despite there still being a year and a half left on it, and despite the fact that doing so didn’t provide them with any salary cap relief. Though Kovalchuk was an elite goal-scorer in the league for a long time, it looked like his attempt to return to a much faster NHL in his mid-30s after five years in the KHL hadn’t worked out.

Many thought that was the end of Kovalchuk’s NHL career and that he’d likely head back to Russia.

He wanted another shot, though.

Kovalchuk waited around more than two weeks before an injury-riddled Canadiens team decided to give him a look. Reading between the lines, even GM Marc Bergevin didn’t seem to be all that optimistic about what Kovalchuk still had left to offer, justifying the move by saying there was “no risk.”

True as that may have been, many people were skeptical there was much chance of there being any reward either. Kovalchuk, though, arrived in Montreal adamant he could still play in the league and that it was just a poor fit with the Kings.

Claude Julien wanted to find out right away and threw Kovalchuk right into the fire, immediately putting him on the first line and top power-play unit.

Not only has Kovalchuk not looked out of place, but he’s been one of Montreal’s best players since joining the team.

Kovalchuk has scored four goals and added four assists for eight points in eight games with the Habs, which ties him with Tomas Tatar for the team lead in scoring since his arrival. Not a bad start for a guy who hadn’t played since November 9, when the Kings decided they had no use for him and permanently removed him from their lineup.

In Montreal, Kovalchuk has already displayed his high-end talent on numerous occasions. Known throughout his career as more of a goal-scorer, he’s also shown impressive play-making ability, like these passes to set up goals by Victor Mete and Phillip Danault:

Nifty pass by Ilya Kovalchuk to Victor Mete and the young defender gets a bounce to make it 3-2 Habs! pic.twitter.com/tzSpTiOJfB

He’s also shown he still has the lethal release that was a big part of what made him an elite sniper for so long, as demonstrated with his overtime winner against the Ottawa Senators on January 11 and his second goal against the Philadelphia Flyers on January 16:

There was also this shootout goal against Marc-Andre Fleury that he made look way too easy:

Julien’s clearly been impressed, as Kovalchuk has averaged nearly 20 minutes of ice time per game with the Canadiens.

Kovalchuk’s play helped the Habs come out of an eight-game winless skid to win four of their last five games heading into the bye week. When they come out of it, they’ll have 14 games left to play until the February 24 trade deadline. If they’re able to go on a run and get themselves back within striking distance of a playoff spot, the decision to hang on to Kovalchuk for the rest of the season will be an easy one.

If not, and if Kovalchuk continues to play like this, Bergevin will have a tough call to make.

There are surely general managers watching Kovalchuk right now, wondering if it really was just a bad fit with the Kings and kicking themselves for not taking, as Bergevin called it, a “no risk” flier on him. One of them may now end up giving up an asset to acquire him.

Still, an impressive 22-game stint with the Habs probably won’t be enough for anyone to give up anything of significant value for a rental who will turn 37 in April and who the entire league just passed on not long ago.

Sure, they could probably at least get a mid-to-late round pick for Kovalchuk at this point. But while you can never have enough draft picks, the Habs are already loaded with them, owning 11 for the upcoming draft. Is there really that much value in adding another lottery ticket? Or would it make more sense to hang on to Kovalchuk, even if they can’t get back in the playoff race?

After his disastrous stint in Los Angeles, Kovalchuk surely appreciates the value of a good fit, and he appears to have found one in Montreal. He’s seemed to love his time with the Habs so far, talking about how welcoming his teammates have been and how much fun he’s having playing in a real hockey town for the first time in his career.

Kovalchuk was made for this market. Better late than never. #GoHabsGo

Trading Kovalchuk for a likely insignificant draft pick may not play well with a fan base and dressing room that have quickly been won over by Kovalchuk’s play, passion and personality.

Another thing to consider is that if the Canadiens hang on to, and re-sign Kovalchuk, he could help them convince highly-touted Russian defenceman Alexander Romanov to come over from the KHL next season. For many Russian players Romanov’s age, Kovalchuk was one of their idols growing up.

The relationship between Kovalchuk and the Habs has been a surprisingly fruitful one for both sides. He’s taken advantage of an opportunity to revive his career while helping Montreal keep its slim postseason hopes on life support for the time being.

The reactions of Kovalchuk and Carey Price after the Habs goaltender stopped Reilly Smith in the shootout to secure a victory for the Canadiens on Saturday night showed the kind of energy that Kovalchuk has helped inject into a team that looked like it was heading towards a cliff not too long ago.

We are all Carey Price.#GoHabsGo

Even if they can’t find their way back into the playoff race, hanging on to Kovalchuk and looking to re-sign him for next season may be the best path for Bergevin to take. He may have just stumbled into a player who still has a lot left to offer after all.