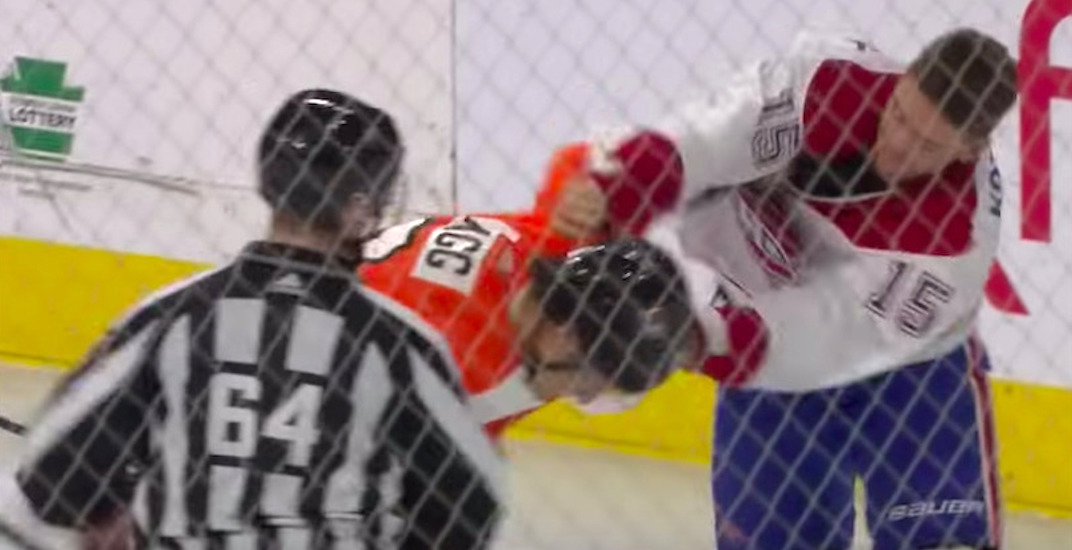 The Montreal Canadiens got some much-needed spark from Jesperi Kotkaniemi, their 19-year-old Finnish forward on Thursday night, after his first career fight.

Kotkaniemi spent most of the third period sitting in the penalty box during the Habs 4-1 victory in Philadelphia after trading punches with the Flyers’ Robert Hagg.

Hagg hit forward Ryan Poehling from behind and the 19-year-old stood up for his teammate by dropping the gloves and in the end, Hagg.

Jesperi certainly added meaning to the “K-O” part of his last name.

Canadiens fans were quick to support the young centreman for standing up for his teammates.

OMG KITKAT FIGHT!
I REPEAT – KOTKANIEMI JUST DROPOED THE GLOVES AND PUMMELED HAGS!!!
I LOVE HIM SO MUCH pic.twitter.com/KBb8S0ZkOC

Kotkaniemi fight and Kovalchuk goals…oh and Price. Tough season but enjoyed this one tonight #Habs

Damnnnn I didn’t know kotkaniemi could fight like that

Jesperi Kotkaniemi is the 7th youngest player in the league still at 19! He just won his first career fight tonight. Only getting better btw, wait till he figures out! #GohabsGo

who knew kotkaniemi had it in him????

also armia, the one responsible for dragging him out of every fight he tried to start probably knew pic.twitter.com/tTxUSGrwiV

While it was good to see Kotkaniemi FINNISH off Haggs, the Canadiens host old friend Max Pacioretty and the Vegas Golden Knights on Saturday at the Bell Centre.