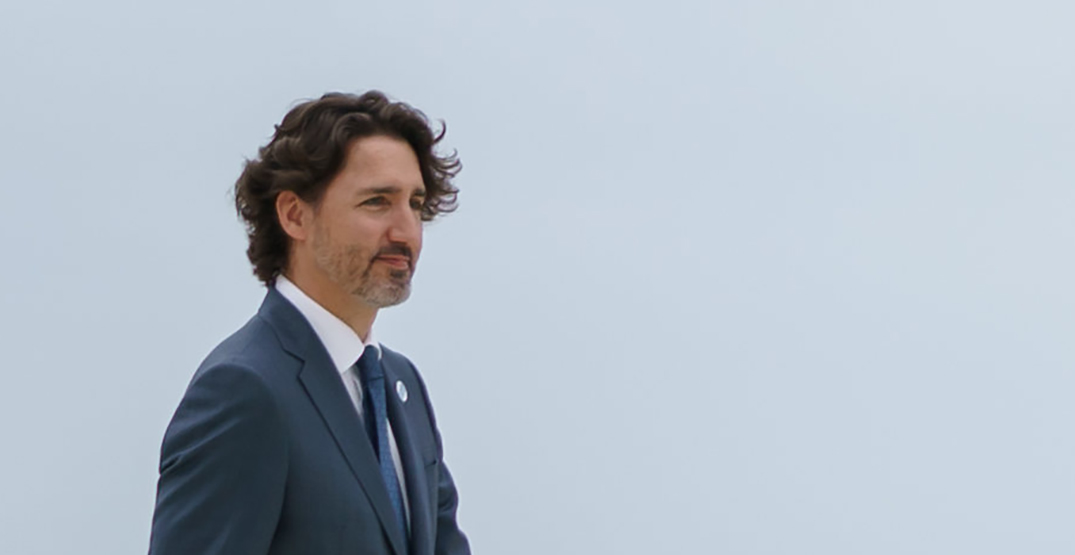 Prime Minister Justin Trudeau offered his sympathies to residents of Lytton, BC, during a news conference Tuesday after a fire destroyed 90% of the town.

Trudeau promised to work with BC officials to help people impacted by the fire, and spoke of the importance of working to fight climate change, which contributes to more frequent fires in Western Canada.

“My thoughts are with families that are grieving, facing terrible loss,” Trudeau said. “But of course we also have to reflect on the fact that extreme weather events are getting more frequent. And climate change has a significant role to play in that.”

He added Canada must commit to reducing emissions and fund climate change adaptation and mitigation strategies.

“We can no longer pretend that climate change doesn’t have devastating effects throughout the planet.”

Lytton, which has a population of about 250 and is a three-hour drive from Vancouver, broke Canadian temperature records three days in a row during an unprecedented BC heat wave earlier this week. On Wednesday evening, a fire ripped through the town in a matter of minutes and residents were forced to flee.

Many residents of the town are still unaccounted for, and multiple fundraisers have been launched to help the victims.

Trudeau promised Ottawa will help the town rebuild, and that federal ministers will work with local officials and authorities to get people what they need. There will be an incident response meeting involving multiple levels of government on Friday afternoon.

“We will continue to engage directly and prepare to be there to support people as much as possible,” Trudeau said.