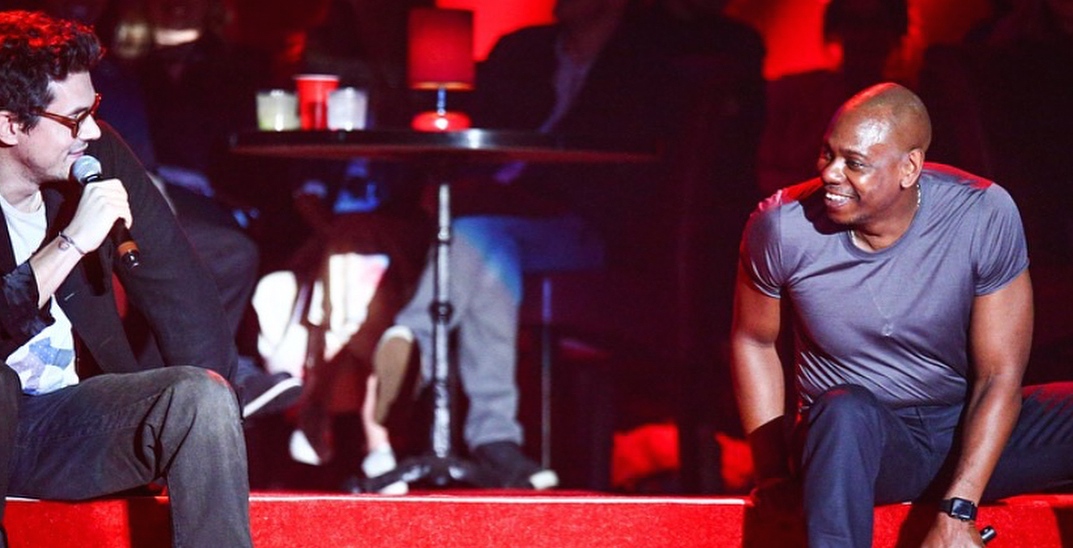 Dave Chappelle is coming back to Montreal!

And he’s bringing his musical buddy John Mayer with him.

Who could forget the classic 2004 episode of Chappelle’s Show, where Chappelle and Mayer team up to explore different culture’s dance moves?

The July 28 Just for Laughs show will feature both Chappelle and Mayer in concert at the Bell Centre.

The comedy icon and musician have been performing pop up shows all over the United States with their tour “Controlled Danger” and host their first-ever Canadian show offering fans the opportunity to experience a hilarious mix of music and comedy.

Are you sitting down, comedy fans? #DaveChappelle and @johnmayer are bringing their show #ControlledDanger to #JFLMTL on July 28! Tickets on sale Friday at 10AM. https://t.co/D84Cyqt1ah pic.twitter.com/5AffvkTskK

The “Controlled Danger” show will be the second Bell Centre show as part of the JFL festival, Kevin Hart is slated to bring his one-man show to the venue on July 27.

Tickets for the show go on sale Friday, June 8 at 10 am and start at $69.25. Limited VIP packages for the show will be available, offering Meet & Greets and VIP Lounge access for $550.