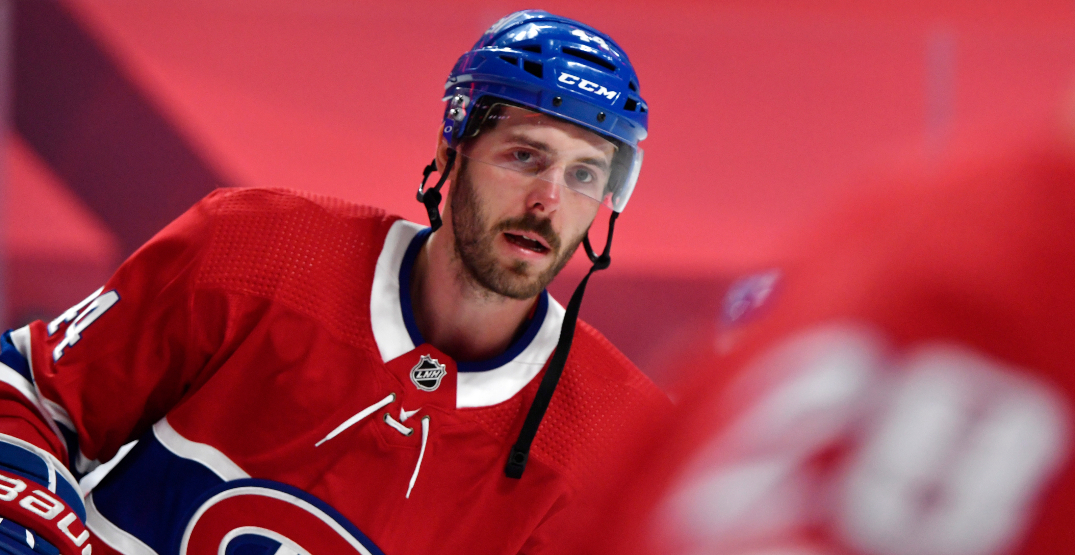 Bergevin also shone some light on the absence of fellow blueliner Joel Edmundson, who recently took a personal leave from the team.

Coach Dominique Ducharme provided further details, revealing that Edmundson, a Brandon, Manitoba, native was dealing with his father’s worsening bout with lung cancer, calling it a “tough situation for him.”

“I gave him a hug,” said Bergevin, who told Edmundson to take all the time that he needs. “Family comes first.”

Marc Bergevin is addressing the media live from the Bell Sports Complex.#GoHabsGo https://t.co/ns5YwfLfed

When discussing the circumstances, Bergevin also compared Edmundson’s stoicism on the ice to the gravity of the family situation. “You know the way he plays, that’s how he conducts himself.”

Edmundson, who suffered an undisclosed injury earlier this month, will be away from the team for an unspecified amount of time, according to Bergevin. “I don’t know when he’ll be back, but he needs to take the time he has to take for his family.”

As for Weber, who played through an injury during last year’s playoffs, Bergevin called the prospect of the player returning to professional hockey “a long shot.”

When asked about how the absence of key players like Weber, Edmundson and Price is affecting the team’s recent poor performance, Bergevin insisted that while “winners find solutions, losers find excuses.”

The general manager, who says he is hesitant to make a trade just for the sake of change, believes that his team must “dig deep” in spite of the circumstances and “find a way.”