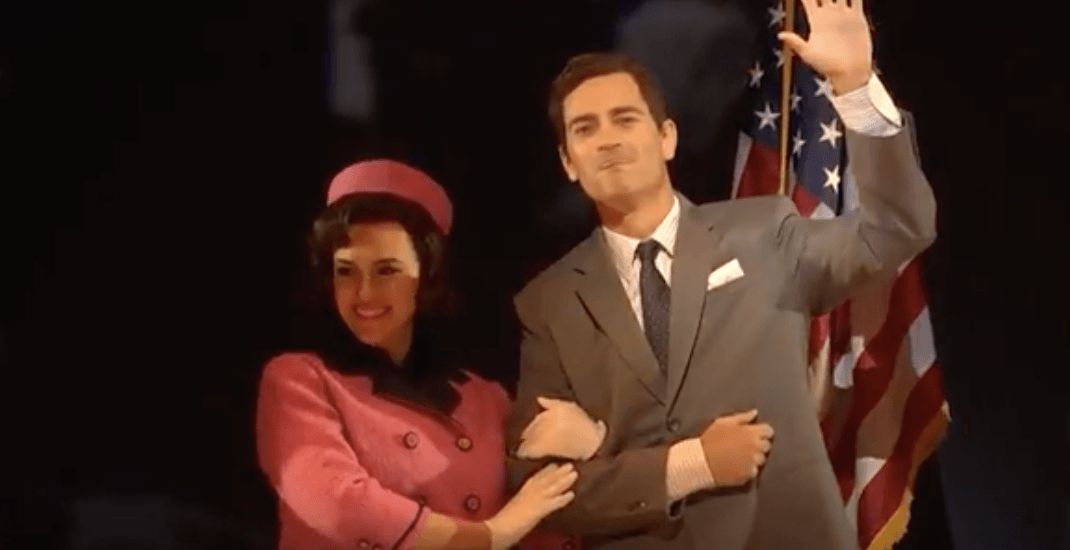 The opera looks at the assassination of President John F. Kennedy by delving into the hours preceeding the fateful event.

“JFK opens a window onto the inner lives of the mythical figures of John F. Kennedy and his wife Jacqueline, from their Presidential Suite at the Hotel Texas in Fort Worth to the moon and back,” said Opera de Montreal in a release.

“Guided by the Fates, Kennedy and his wife confront their past, present, and future in a dreamlike state that is, in part, narcotics-induced. To borrow the words of the work’s creators,’Time is flexible in this drama; fate is not.'”

The opera is a must-see in Montreal. It has received outstanding reviews from top critics.

The Washington Post referred to the play as “a work of art that can communicate with a broader audience without sacrificing its integrity.”

Get your tickets today!