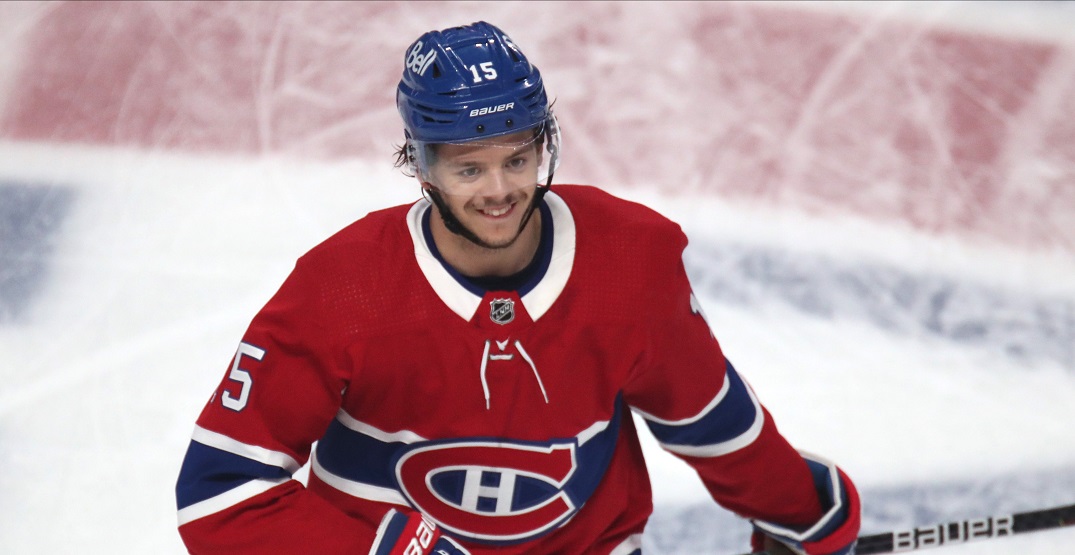 It appears Jesperi Kotkaniemi is out for tonight’s Game 4 of the Stanley Cup Final.

At Monday’s pregame skate, before tonight’s matchup with the Tampa Bay Lightning, Kotkaniemi was skating with a grey practice jersey on, one reserved for the night’s healthy scratches.

The Canadiens full lineup is here, per TSN’s John Lu:

Dominque Ducharme’s lines run like no other coach in the league and are never easy to predict. Tomas Tatar remains out of the lineup once again.

“We have depth and we have options,” Ducharme said.

“It’s not a punishment,” Ducharme added of sitting Kotkaniemi. “Every player wants to be on the ice. He’s a good team guy and understands the situation, even though nobody wants to sit.”

Down 3-0, the Canadiens will need to reel off four straight wins if they’re still hoping to capture the championship.

Kotkaniemi himself has had quite a decent playoff run. However, it has definitely slowed down as the Canadiens have advanced further in the playoffs. After scoring four times through the first two rounds of the playoffs, Kotkaniemi has found the back of the net once in the last nine games.

A first-round, third overall draft pick by the Canadiens back in 2018, Kotkaniemi has scored 22 goals and 40 assists in his 171 regular-season games with Montreal.

In the postseason, he’s scored nine times and added three assists in 29 games this year and last.

Fan reaction was mixed on the move:

But the lines have potential. Toffoli with Danault and Gallagher makes that line more offensive. They are great linemates for him.

Andy helps Caufield and Suzuki with big body and speed.

You may disagree with some (or all) of the moves, but his explanation is logical.
Let’s just hope it’s not a game too late.#GoHabsGo

why scratch kk? I thought he was playing well.