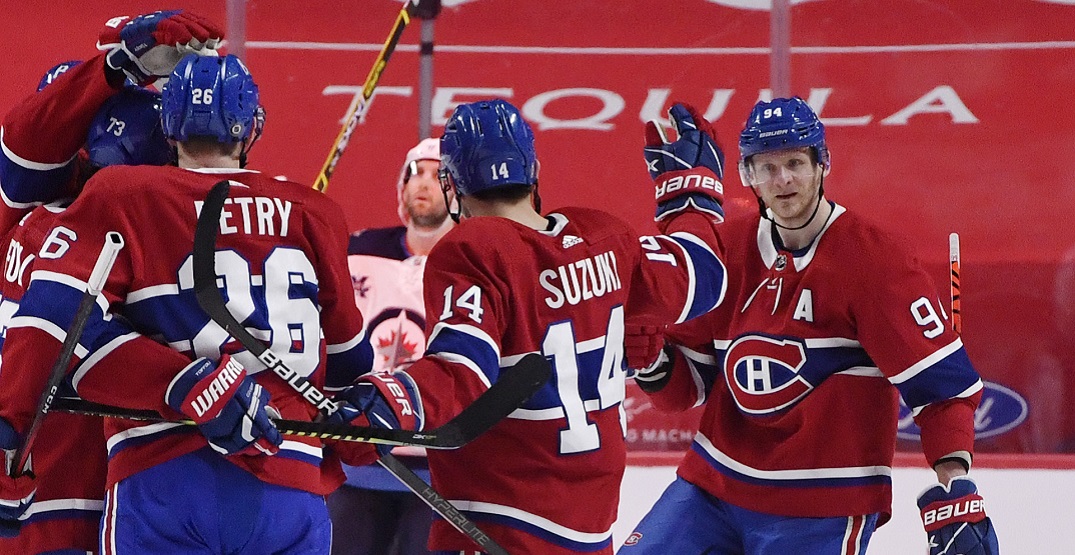 The Montreal Canadiens are in tough heading into Monday night’s Game 4.

Down 3-0 in the Stanley Cup Final to the Tampa Bay Lightning, the Canadiens will need to undergo a heroic comeback in order to lift their 25th Stanley Cup banner to the rafters.

Canadiens head coach Dominique Ducharme appeared to tinker with his lines on Sunday, dedicating the day’s practice entirely to working on special teams.

Jeff Petry took Erik Gustafsson’s spot on the top power play, leading to speculation that he could be a healthy scratch for Monday’s game.

“Our goal is to win Game 4 and deal with flying out and preparing for a game in Tampa when that time comes,” Petry said. “Our focus is to make sure that we play the right way, a strong and hard game, and win Game 4.”

The Canadiens have been outscored 14-5 in the three games so far, and have gone just 1-for-6 on their power play opportunities so far. The Lightning have gone 2-for-7, although they would’ve had enough firepower to outscore the Canadiens in all three games based on their 5v5 efforts alone.

Ducharme gave a pretty standard answer to what he’d like to see out of his roster tomorrow.

“We know the things we need to improve, and we’ve managed to do that before,” Ducharme said. “Tampa Bay deserves credit. They’ve made it tough on us. But, we’re aware of the adjustments that need to be made. We know the effect that can have on a game.”

“We all remember being down 3-1 in the first-round series against Toronto, and we got ourselves in trouble in a similar manner,” Ducharme added. “But, we also found a path to success at some point, too.”

Special teams had been a staple of Montreal’s success this postseason, with the team scoring nine power play markers while allowing just three goals against while on the penalty kill in the first three rounds.