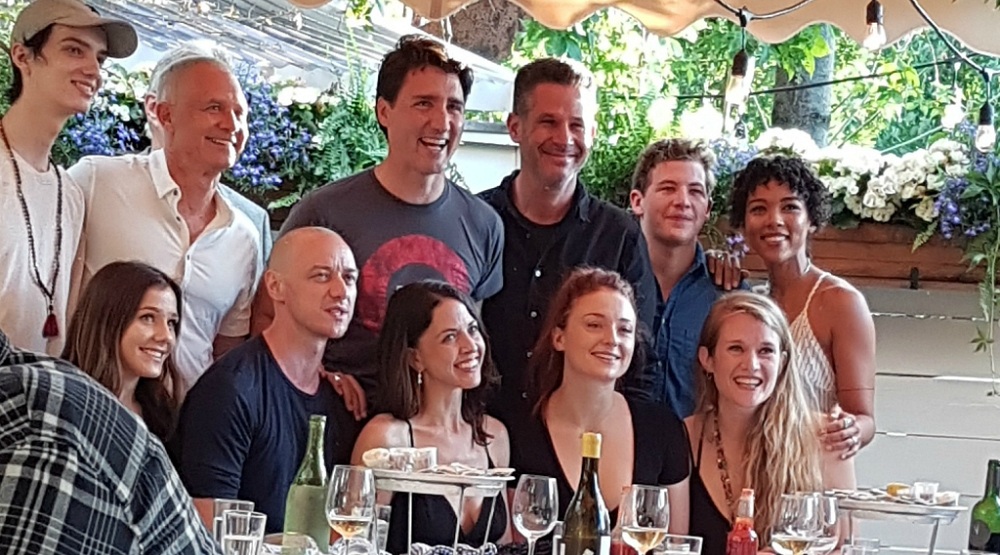 The PM was spotted at Liverpool House on Saturday, the same restaurant he and Obama dined at earlier in June.

In addition to posing for photos with fellow diners, he also happened to meet (and snap a photo with) the cast of X-Men: Dark Phoenix including Game of Thrones Sansa Stark which is currently filming in Montreal.

The all-star cast includes James McAvoy and Sophie Turner (a.k.a. Sansa Stark from Game of Thrones).

In essence, it was quite a photo-op

Take a look at all the pics from Trudeau’s return to Montreal below.