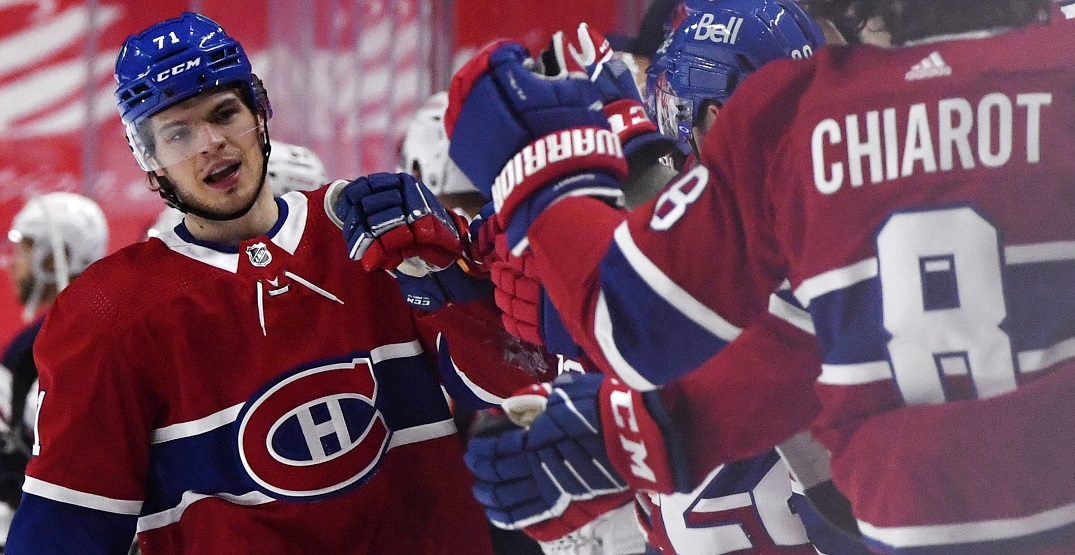 Talk about a time to return for Montreal Canadiens’ forward Jake Evans.

Ahead of Montreal’s first Stanley Cup final game in 28 years, 25-year-old Evans skated at Canadiens practice on the fourth line on Sunday, per TSN’s John Lu.

Montreal takes on Tampa Bay Monday night at the Lightning’s Amalie Arena. Puck drop is set for 8 pm Eastern. (You can see the full schedule here.)

Evans skated in on the left flank alongside veterans Eric Staal and Corey Perry.

Evans played in just four playoff games before a blindside hit from Mark Scheifele after a last-minute empty net goal during Game 1 of the Winnipeg Jets’ second-round series against Montreal.

The goal was Evans’ first of his playoff career, although it was quickly overshadowed by his immediate injury.

Evans suffered a concussion on the play, while Scheifele was issued a four-game suspension by the league for the hit.

Evans returned to training on June 9.

Montreal ended up sweeping Winnipeg in just four games, as the Jets scored six goals to the Canadiens’ fourteen in the series.

Evans played in 47 regular season games for the Canadiens in his first “full” year with the team after being selected in the seventh round back in 2014. He picked up three goals and ten assists, while mostly playing in Montreal’s bottom six.

Evans’ positive news does come as a bit of a mixed bag though.

If Evans does stay out of the lineup, it could be time for a Tomas Tatar return. Tatar has been out of the lineup with a combination of injuries and healthy scratches since Game 5 against Toronto. He picked up just one point (an assist) in his five playoff games this year.